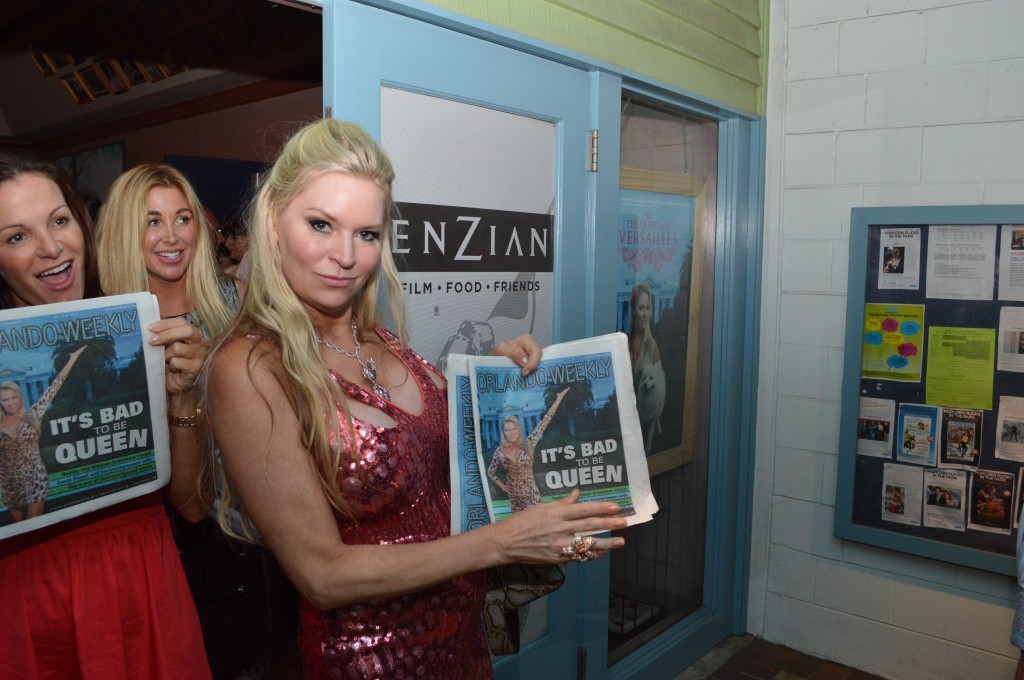 Jackie Siegel poses with a copy of Orlando Weekly at showing of 'Queen of Versailles' at the Enzian.

In it, she tells the paper that she wants the rights to her life back. When the Siegels agreed to make the movie, they sold the rights to their story to filmmaker Lauren Greenfield, then sued Greenfield and the Sundance Film Festival for defamation after the film was released. The Siegels can't embark on any new TV or film opportunities until the suit over who owns their life story is resolved.

By the way – remember that Versailles-palace style house the Siegels were constructing in Windermere that they put up for sail partially finished? Well, it's no longer for sale and the Siegels have begun construction on it again. They say it ought to be completed in 2015.