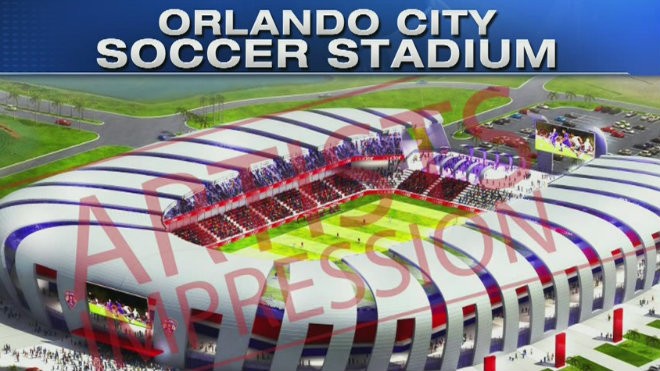 On Friday the Sentinel reported on a poll on the “textgate” scandal, commissioned by the progressive group Organize Now. The Kitchens Group’s survey of likely primary voters—in other words, people who vote in every single election, come hell or high water—found strong support for the paid sick leave referendum the Orange County Commission deep-sixed last year, but not so much for the politicians who did the deep-sixing.

This survey, however, also included questions on the downtown venues and tourism package currently under consideration—a soccer stadium for Orlando City, the Citrus Bowl renovation and completion of the performing arts center, as well as additional funding for Visit Orlando and the Orange County Convention Center—and the tourism taxes that will help pay for it. Sources provided me with the results on the condition that I not reveal the individual(s) and/or organization(s) that commissioned this part of the poll. (It wasn’t Organize Now.)

This is, to my knowledge, the first polling on the proposed soccer stadium to be made public. And it’s pretty good (if not outstanding) news for Orlando City supporters:

Given the poll’s relatively high margin of error (4.9 percentage points) and low sample size (400), we can safely say that county voters are closely divided. (I’d hazard a guess that if the soccer stadium were polled on its own instead of as part of a package, it would do slightly better.) That’s not the case when it comes to how we spend tourism taxes. On that score, it turns out, voters really don’t like the status quo (nor should they!).

As it has since 1977, state law permits the money counties generate through hotel taxes (more than $180 million a year in Orange County alone) to go only toward tourism promotion, convention centers and sports venues. By a 3-1 margin, Orange County voters want these restrictions tossed:

Even within the confines of state law, Orange County could amend its charter to provide itself more flexibility—spending more hotel-tax money on “cultural tourism,” meaning the Orlando Science Center, local museums and arts projects, as well as community centers and parks, rather than sports venues and the convention center. This, too, is a very popular idea:

The takeaways here are pretty apparent. County voters are split on the proposed venues package, but they overwhelmingly want fewer tourism taxes spent on sports venues and the convention center and more on local amenities and services.

Of course, in 2001, the Sentinel conducted a similar poll that found similar results. Nothing changed back then, and there’s little reason to suspect anything will now. The sway and lucre of the powerful tourism industry are probably too great for our state and county lawmakers to overcome, public opinion be damned.