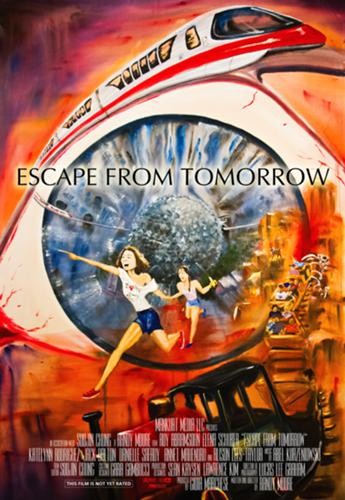 Randy Moore's Escape from Tomorrow -- the film surreptitiously filmed inside of Walt Disney World's various theme parks and resorts -- isn't messing around when it comes to its Disney iconography, is it?

The film has been courting controversy since it premiered earlier this year at Sundance with its sensational production story, creating a buzz around the film that has little to do with the film itself, a black-and-white indie which centers on a man having a mental breakdown while on vacation with his family at Disney World.

The film will be available on VOD on October 11th. [h/t @TheFilmStage]