Not sick of the James Franco-Seth Rogen-Jonah Hill show yet? "This Is the End" is coming backing to theaters on Friday 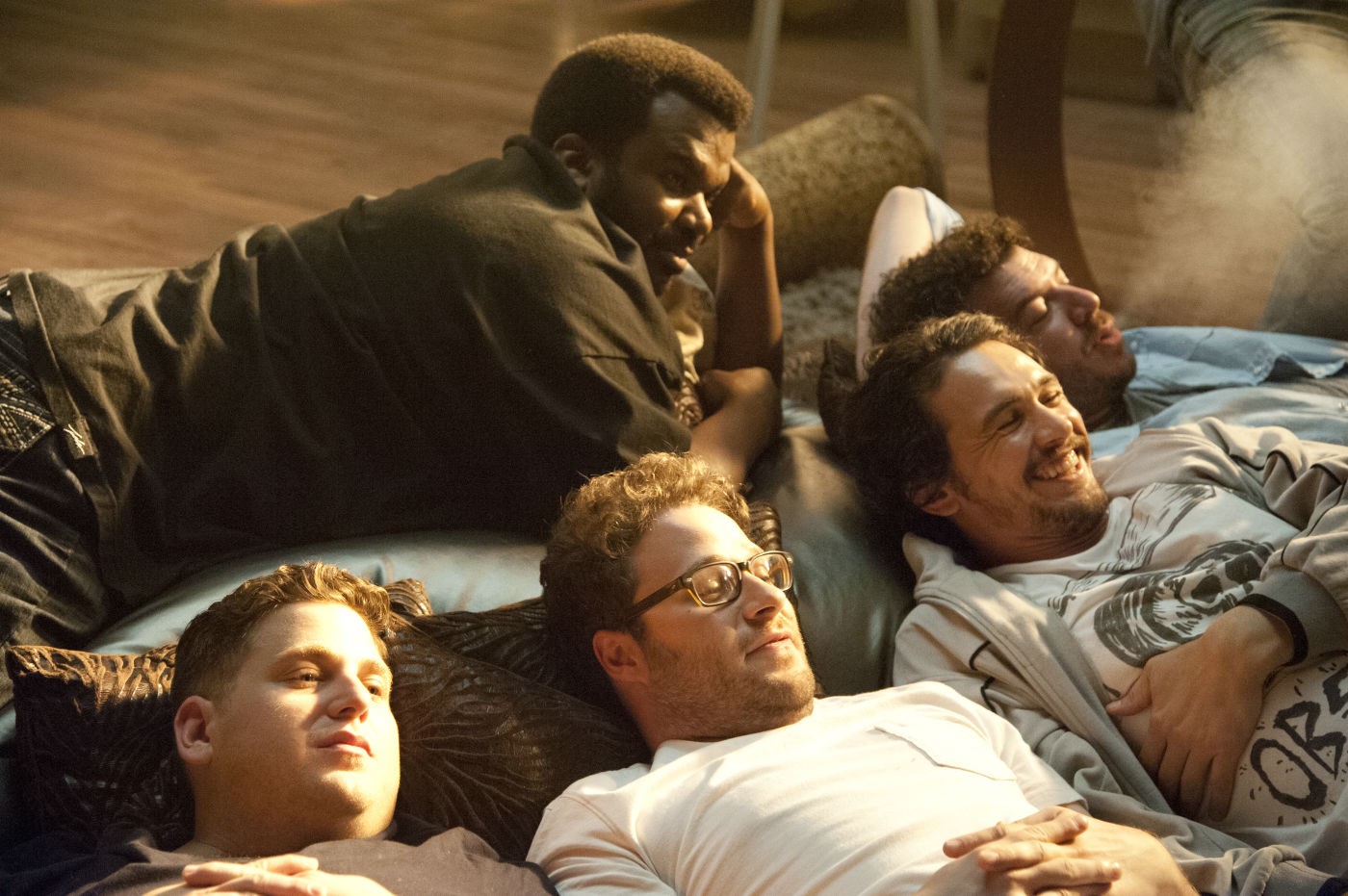 In case the Comedy Central Roast of James Franco only whet your appetite for some more steamy hot Franco-Rogan-Hill action, Sony is re-releasing its hit summer comedy This it the End in 2,000 theaters this weekend. It'll be at pretty much every Orlando multiplex again beginning Friday (but a few will have Thursday showings too in case you're a weekday stoner and don't feel like watching Grandma's Boy again).

If you haven't seen it, This is the End is about the problems that best-Canadian-buds Seth Rogan and Jay Baruchel face when Seth gets new famous friends, like James Franco, Jonah Hill, Craig Robinson and Danny McBride (and Emma Watson, Rihanna, Aziz Ansari, Mindy Kaling, etc). As they awkwardly party the night away at Franco's mansion throw down, the rapture begins and none of the six funnymen are called up to Jesus's loving bosom, they are left to fend for themselves with the rest of the horrible hell-bound people in the world.

Actually, it's one of the mainstream gems of an otherwise forgettable summer movie slate. It's funny and has enough of the obligatory heart to counterbalance the saturation point we've reached with the Franco-Rogan-Hill trio. It's a good palate cleanser before all of that awards season heaviness.

(And if you haven't seen it but have seen Crystal Fairy or Magic Magic, you'll certainly enjoy Michael Cera's Kenny from South Park style death cameo.)