Uncle Lou stars in a musical at his entertainment hall 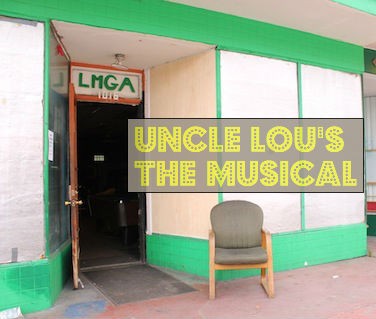 Is Orlando ready for Uncle Lou's, the musical? A cryptic event cropped up on Facebook that advertises a game of Bingo with a musical debuted in the middle, starring Uncle Lou and featuring the directorial and, I'm assuming, writing talents of the Lister sisters and a supporting cast that promises a cross-dressing Jessica Earley. If these names sound familiar, it's likely due to their recently successful and avant garde collaborative art project, I Believe In You. It takes place on Saturday, Sept. 7, so if you're out for Will's Pub's anniversary party, it would be only natural for your evening to progress toward Lou's and Wally's anyway, right? These are details I've only gleaned from minimal commentary advertising the event on Facebook from Uncle Lou's inner circle (if you will). But at an admission cost of only $1 and the potential to win a cash prize during Bingo, you could actually walk away with more money in your pocket and join a close-knit audience for this quirky debut. According to the event, the musical begins at 11 p.m. and lasts 15 minutes, so if you're out on Mills Avenue anyway, it seems a harmless and potentially hilarious(?) commitment.