-Miyazaki explains his retirement from feature films, though it sounds like he'll be kicking around the studio until he can't move anymore, hopefully working on new short films (and hopefully showing those short films outside of the Ghibli Museum so I don't have to watch awful handheld cellphone camera bootlegs of them on Daily Motion). (Kotaku)

-Katee Sackhoff in anything is "yes, please" territory, but as Captain Marvel/Carol Danvers? Yes, please. (Hell, after what she did for Starbuck, make her Shazam for all I care). (i09)

-The story behind how Riddick was made is actually a great one. (The Dissolve)

-LEBRON: THE SITCOM. Ashley will be sooo happy. (THR)

-Lea Seydoux and Adele Exarchopoulos on their experience making Blue is the Warmest Color, which was apparently one of the worst shoots and they say neither of them would work for the director, Abdellatif Kechiche, again. (The Daily Beast)

-Kechiche basically tells them to stop whining because they're lucky to not be construction workers. This is kind of genius marketing though. (Guardian)

-Here are some really great photographs of an endangered species: the film projectionist. (Joseph O. Holmes)

-One economist thinks the Summer Blockbuster craze is a passe concept. I think there are just too many movies and too many of them are shit no matter the time of year. (NY Times)

-A good take on growing up around the coming-of-age stories in your life from Margaret Lyons. Another aspect though is the huge annoyance when your favorite coming-of-age book becomes a movie and completely loses anything that was special about it by having it embodied by physical beings outside of your head. (Vulture) 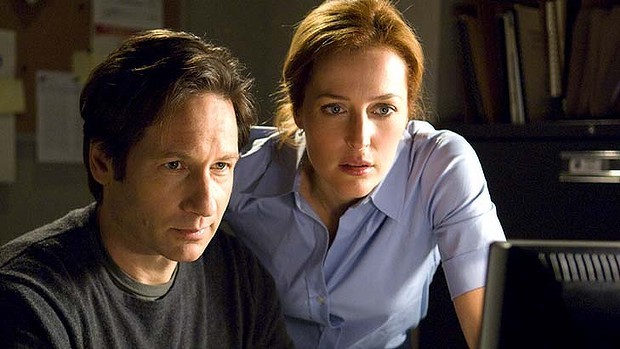 -THE TRUTH IS (STILL) OUT THERE, even twenty years later. (Grantland)

-Paperman director John Kahrs speaks up about his leaving Disney on what sounds like pretty amicable terms. (Cartoon Brew)

-The honorary Oscars were announced this week, with Angelina Jolie among the winners. (NY Times)

-Kodak is back, lean and mean even though no one is shooting film anymore. (THR)

-I couldn't agree more. When it comes to sex in film, telling is better than showing. (Guardian)

-Veep season 3 began shooting this week. I'm not funny enough to even attempt a Veep-style joke, so I'll spare everyone. (@MrChrisAddison)

-Jesus Fucking Christ, this trailer for Alfonso Cuaron’s Gravity is amazing. Why can't I see it now? Time machine? Someone build one for me. Fast. (Wired)

-A featurette about 12 Years a Slave, which you'll certainly be hearing more about as we move closer to the winter. (First Showing)

-If The Grandmaster isn't your Zhang Ziyi speed, try this romantic comedy My Lucky Star. (Apple)

-Zac Efron and Dave Franco (and their frat) are Seth Rogan and Rose Byrne's new neighbors in... Neighbors. (First Showing)