Warning: This review may contain spoilers (and potty-mouthed word-language). 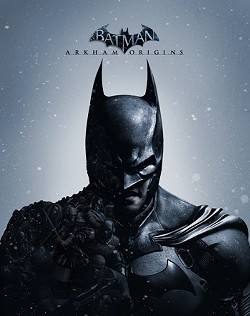 When the team at Rocksteady released the first two games in the Batman Arkham series, it made the industry do a serious double-take. Not only had we received two superior games back-to-back from a licensed franchise, it was also a superhero game -- which don't usually turn out very good. Furthermore, it gave us the dark, wet, gritty Gotham that some folks were craving upon the release of Christopher Nolan's hyper-realistic Batman films. So when rocksteady announced that they were handing the reins for the next game over to WB Montreal, fans felt betrayed and the internet went batshit (pun intended). They were finally given something amazing from a studio that nobody had even heard of, and then they just yanked it away. Bummer.

While the industry was collectively hesitant, I remained a bundle of positivity and unicorn farts: I just wanted more Batman. I didn't care how I got it ... that is, until I played the final product. It took a lot of soul-searching (hence the late review), but I'm sad to say that Batman: Arkham Origins, while retaining most of the core elements that made the previous two games spectacular, is average at best. It's the BioShock 2 of the Batman Arkham franchise, and it hurts my soul even typing it. The combo system we all know and love is still there and the city looks as dark as ever, but the soul has just been sucked from the experience. It is worth noting though that Troy Baker, in my humble opinion, makes a far better Joker then Mark Hamill. His enthusiasm and bravado in his line delivery give us a Batman-foil that is equal parts familiar and refreshingly devious. It's just unfortunate that our first glimpse into this younger, more spry Joker is nestled in a plot that is so far up its own ass it could lick the back of its own throat.

The story revolves around a young, angst-ridden Batman who is just coming into his own and discovering (at least in this universe) the origin of some of Gotham's most sinister baddies. Unfortunately, until the Joker shows up, the whole thing just plays out like a hot mess. Actually, ya know what? It's still a mess even after the Clown Prince makes an appearance. The twists feel forced, there is arguably zero character development, and it's hard to feel anything for Batman other than "Wow bro, that's guy's a total badass!" While there's plenty to do in terms of collecting items, solving puzzles, and exploring the city, none of it really feels rewarding in a world that feels so empty and lifeless. In fact, there is so much about this game that just feels like a steaming pile of bullshit, that I could write an entire list calling it all out ... so I will:

Now I know, just like any comic-to-film/video game adaptation, things must deviate from the source material. That's not my gripe -- I accepted the fact that it's a completely different universe upon the ending of Arkham City. But a lot of video game developers do this thing where they see a cash-cow that was once a blossoming work of art, and bastardize it for the sake of printing their own money (I'm looking at you, Call Of Duty). This series deserved far better. Don't get me wrong, the gameplay is still fun and the new detective side-missions offer a welcome deviation from the grind, but we're still left with a shell. Something not particularly great, but not particularly terrible either. It's the "purgatory" of video games, and that just won't fly as a follow-up to what many consider one of the greatest gaming experiences of all time. It's enough to drive ya batty!