You rent what you sow: Blockbuster goes belly up

I don’t know if you’ve heard, but time is running out to illegally dub that copy of Universal Soldier you’ve been hanging onto.

Yes, Blockbuster Video is finally going out of business at the turn of the year. And the mainstream media are all treating it as a bittersweet rite of passage – the culmination of a process that’s both natural and inevitable, like Davy Crockett killing the last of the Tyrannosaurs on Page Seven of a homeschooling study guide.

From the “those were the days” stories that are now clogging up the Internet and the cable outlets, you’d assume Blockbuster’s fall was due entirely to the shifting allegiances and priorities of a public that’s on the perpetual hunt for greater convenience delivered at a lower cost. You’d never think the home-entertainment industry might simply have found something it was in their better interest to sell. And you’d never suspect whatsoever that boardroom collusion of that sort had put Blockbuster on the map in the first place.

The documentary Adjust Your Tracking (shown during the recent Global Peace Film Festival) revealed how Blockbuster had conspired to put independent video stores out of business. The chain got the major video manufacturers to raise the selling price of their products so high that only Blockbuster could afford to stock more than a couple of copies of each title. That meant that customers looking for the hot new releases were unlikely to find them anywhere else. Suddenly, the big blue and yellow was the only game in town.

This is why it’s hard for me to shed a tear over the chain’s latter-day shunning by the “fickle” public, or to accept that the invisible hand of the free market is the only factor at work here.  Behind every customer benefit is a corporate windfall in Sunday clothes. Sure, downloading video is more convenient in a lot of ways than having to leave the house to procure it – and, for those who like to keep their movies for posterity, saving them as a file preserves a lot of precious living-room space. At the same time, all-digital delivery just so happens to save the provider all the time and cost he used to expend in producing an actual physical product, from the disc (or tape) itself to that elaborate cover art. But remember, he’s doing it all for you.

Remember how much you hated this?

These paradigm shifts go on all the time, and the manufacturer’s profitability is always the driver. Remember how quickly the music business transitioned from vinyl to CDs, which could be produced more cheaply yet sold at a higher price point because of their allegedly superior fidelity and durability? Remember how we felt when we learned those selling points had far less basis in fact than the savings the record labels had racked up by forcing – excuse me, “convincing” -- us to switch formats?

Author David Gerrold has noted that, when he began writing for television, one of the first lessons he learned was that big business must never be portrayed as the villain. Half a century later, we’ve added the corollary that it must always be depicted as the victim. In both our news and entertainment programming (which are now essentially the same thing), it’s generally taken as gospel that anything a corporation does is a necessary move to ensure its survival in the competitive arena. We hear a lot about things companies “have to” do, and rarely is the question asked: in order to achieve which goals, which were set for what reason?

Recently, a representative of the health-insurance industry appeared on MSNBC’s The Daily Rundown to argue against provisions of the Affordable Care Act that, he felt, would force providers to raise their premiums. Host Chuck Todd – ordinarily no particular opponent of the Beltway/Wall Street status quo – floored me by challenging that notion of companies “having” to do anything. In such cases, he posited, wasn’t “have to” just a smokescreen for “want to”? 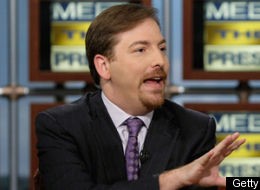 His guest had no coherent counterargument, because Todd was right. We as a people have been so indoctrinated with a simplistic, Eco-101 idea of supply and demand that we assume every business’ sole objective is to maintain a healthy, modest profit. But if we look at the actual trajectory of American corporations over the last few decades, that’s not what we’re talking about at all. We’re talking about companies that have set their goal as “making 10 times as much this year as I did last year, while passing along even less of it to the people who work for me.” If those are your aims, then sure you have to resist every element of the social contract – from conforming to the meager stipulations of the ACA to paying a livable minimum wage. You simply have to hope like hell that the people don’t question the validity of your goals in the first place, and that they don’t notice how the argument “I’m going to have to shoot the hostage” could be used to get you out of absolutely anything. Like paying a single penny in taxes.

So no, I refuse to wax nostalgic just because Blockbuster has been swallowed by the same cycle of corporate collusion it once capitalized on. The chain didn’t “have to” put all of those Mom-and-Pop stores out of business – it wanted to.  Just like all of those insurance companies didn’t have to send out all of those scare letters attempting to upsell their customers into more expensive plans. They wanted to.

Understanding those facts somehow makes life a lot easier to weather. To celebrate, tonight, I think I’ll throw in my old VHS copy of The Legend of Hell House. It’s a little dusty, but what the hell. I might come down with asthma, but at least I’m covered for it.

Days without a response from the publication that plagiarized from me and won’t come clean: 146.

You rent what you sow: Blockbuster goes belly up