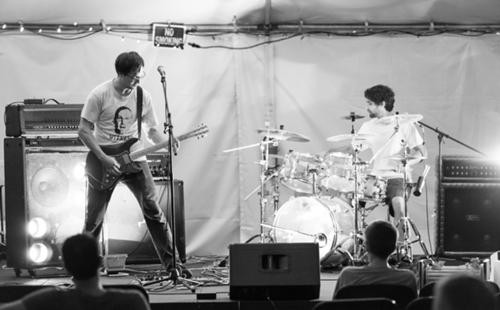 Earlier this week, local noisy duo Yogurt Smoothness, who are used to taking cover requests at their weekly event Everyday Is Like Monday but NOT so used to taking buy-out requests, received an email from popular yogurt chain Menchie's suggesting that band members Danilo Krkjus and Brian Stabile relinquish their LLC, Yogurt Smoothness, and join up with the Menchie's chain. It's a pretty classic case of Internet idiocracy, where bureaucracy is initiated before anyone actually looks into what they are suggesting. I hope Menchie's gets more than a little embarrassed by this silliness. Who will they go after next, the Dead Milkmen? Here's the proposal, as posted by the band on their Facebook:

If you're not familiar with Yogurt Smoothness (or their other incarnation which could equally confuse any Menchie's execs, Milkman Roughness), they released five new tracks in October that you can listen to below, preferably accompanied by 4 ounces of frozen yogurt complete with your favorite toppings.