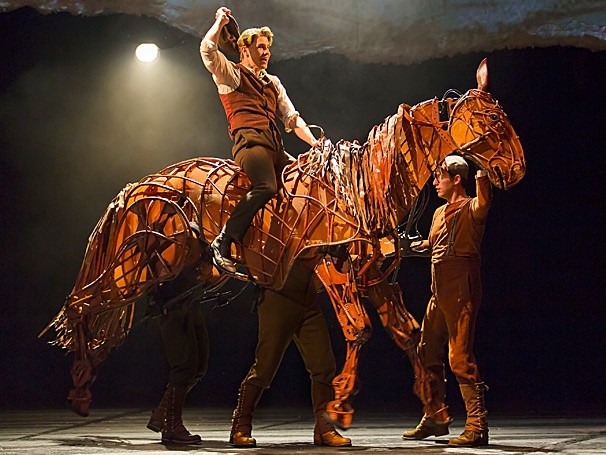 We've had a stellar run of Broadway touring shows in Orlando recently – Wicked, the Book of Mormon and now the one we've been waiting to see forever: War Horse. The play tells the story of a boy whose horse is sold to a soldier during World War I – it follows the horse through the misery of war and the boy's attempts to find him and bring him home. The story is sad and sweet, but the thing that makes this play amazing is that it stars a remarkable wooden/human puppet horse that's shockingly detailed and surprisingly realistic.

Here's a TED Talk with the Handspring Puppet Company team that created the amazing horse. Joey makes his appearance at about 9.30 in the video.

Tickets go on sale for the show, which will be in town for a limited engagement at the Bob Carr Performing Arts Center from Feb. 25-March 2, go on sale tomorrow at 10 a.m.