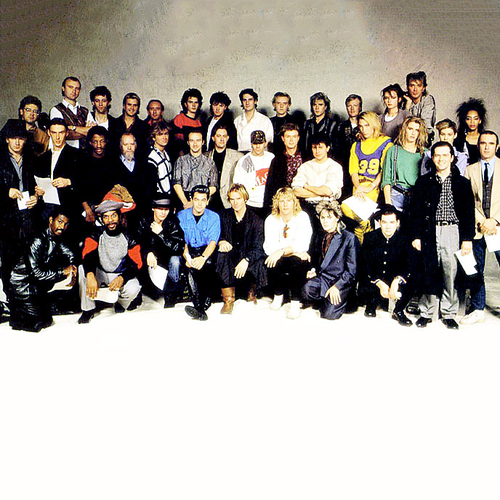 AND THIS IS WHY WE CAN’T HAVE NICE THINGS. WOULDN’T WANT TO UPSET THAT STATUS QUO, UTAH: “A stay would harm couples who want to marry but haven’t yet had a chance to do so, Tomsic said, and would allow the state to continue to violate same-sex couples’ constitutional rights. That ‘cannot be considered a legitimate public interest,’ Tomsic said in her response. And the state has not shown how it will be harmed ‘in any meaningful way’ if the order remains in place, she said. The state wanted the emergency stay in place to ‘preserve the status quo’ and prevent county clerks from issuing marriage licenses to same-sex couples Monday morning, while they wait to hear what Shelby decides.” (via Salt Lake Tribune)

OBAMACARE IS WORKING. NO, IT ISN’T. YES, IT IS: “Today is the last day for people to sign up for insurance under Obamacare that begins on January 1st. That means that if people whose plans have been cancelled don't find new insurance by the end of the day, then they'll be uninsured on January 1st. As Sarah Kliff reported on Friday, Obamacare's four million Medicaid enrollments should ensure that the ranks of uninsured fall on January 1st. But it's also possible that hundreds of thousands — and, depending on whose numbers you believe, perhaps even millions — of people who had private insurance in 2013 will not have it on the first day of 2014. The previous theory was that the individual mandate would force them to enroll by the end of March. But last week the Obama administration announced that anyone with a cancelled plan gets a hardship exemption from the individual mandate. That means rate shock, anger at Obamacare's cancellations, or even simple procrastination could keep these people uninsured.” (via Washington Post)

AND I BECAME THIS DRUNKEN OLD WHORE! SWORE WE’D NEVER BE SWALLOWED BY THE CRACKS:

RICK SCOTT CAN’T WIN FOR LOSING: “But Team Scott didn’t get all the ‘Scott gains on Crist’ headlines it wanted. ‘Internal Rick Scott poll: Charlie Crist up in Florida,’ Politico first reported. The Miami Herald a day later focused on the results from a theoretical Democratic matchup in the poll that showed Crist would wallop Nelson by as many as 13 points. Broward New Times had a spot of fun in a Twitter post: ‘@FLGovScott's internal polls have him losing to everybody. Even that broken stapler on his desk.’ Ouch. So Scott isn’t just losing the race. He’s losing the expectations game.” (via Miami Herald)

SO A TROUPE OF DRAG DANCERS SAUNTERS INTO A PARADE IN AN ALABAMA TOWN THAT IS NAMED AFTER A SECESSIONIST. HILARITY ENSUES: “Claudia Davis, area white woman, spoke to the TV station on behalf of wide-mouthed concerned citizens everywhere. ‘I was outraged and appalled,’ she said, as she stood shaking beside her presumably now-warped daughter: ‘I never expect anything like this at the Semmes Christmas parade!.. If they were gonna put this... kind of... activity in the parade, they should have notified the people of Semmes so that we had a choice whether we wanted out child to attend and see something like that.’” (via Gawker)

DO THEY KNOW IT’S CHRISTMAS TIME AT ALL?: