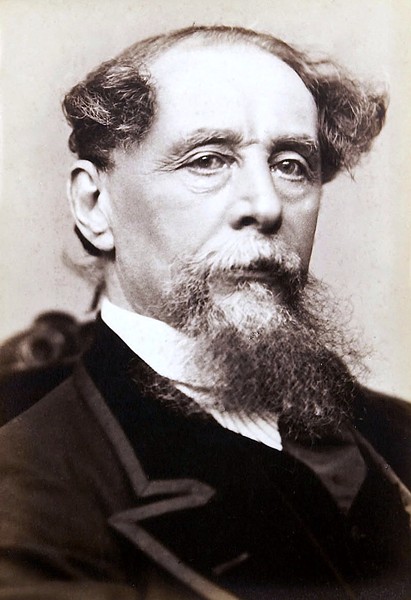 If the cavalcade of Chrismas Carols over the past few weeks didn't satiate your Dickens desire for the next year, you are in luck. Orange County Arts, Orlando Shakespeare Theatre, and Mad Cow Theatre are teaming up for a community-wide "What The Dickens" celebration throughout 2014, and they are auditioning actors to play the great author himself at area schools and other cultural events.

If you think you've got the chops to portray Charles D., follow the below directions and make an audition appointment for January 5th. The chosen performer with be the project's official spokesman through November 2014, and speaking fees of up to $8000 may be earned over that time.

Here is the complete audition notice, provided to us by Terry Olson:

AUDITIONS FOR ROLE OF CHARLES DICKENS

A MAD COW THEATRE/ORLANDO SHAKESPEARE THEATER/ORANGE COUNTY ARTS COLLABORATION is holding auditions for an upcoming community wide celebration of the life and work of Charles Dickens. Appearances by Mr. Dickens will be scheduled January 2014 - November 2014 at schools, events and performances by participating arts organizations.

We are seeking a professional male actor, age 30-50s with strong, dramatic and comedic skills and a clear British accent. Dickens, who lived from 1812-1872, is one of the most enduring authors from Victorian times. His novels are still acclaimed for their insightful portrayal of the society of his times. Auditioners should prepare two monologues: one 1-minute monologue of their choice and one of the two monologues available at the Mad Cow web site http://www.madcowtheatre.com/InDash_Display.aspx?PGID=127

Please bring a picture and a resume to the audition. Auditions will be scheduled by appointment only on Sunday, January 5, 2014 from 6pm-9pm.

Appearance fees are being funded by the English Speaking Union. From $4,000 to $8,000 could be earned in appearance fees during the year.

Auditions will be held at: