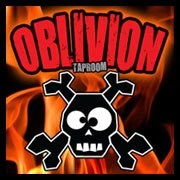 We just learned today that Oblivion Taproom is ringing in the new year with a new executive Chef. Per Facebook:

A new year begins, and with it comes big news. We're thrilled to announce the arrival of Chef Bill, our new exec! Look for a brand new menu to be rolled out in the coming weeks. We think you'll love what he's cooking up, including a big selection of delicious burgers! Thanks to Bruno for bringing us his tasty food in 2013, now let's celebrate 2014! Get your tastebuds ready!

We sent Oblivion a message to ask for more details about Chef Bill, and this is what they told us:

Chef Bill Roberts is his full name, he worked in the past at Vines Grille & Wine Bar, Funky Monkey and the Nick's Italian Kitchen in Orlando, as well as a number of places in South Florida including the Monarch Country Club. He also worked for us in the past under Chef Goody for about a year. He's a graduate of Le Cordon Bleu in Orlando.

As far as Chef Bruno, I believe he's heading back to Cask & Larder.

but in the meantime, a little Facebook sleuthing revealed that the new guy is Bill Roberts, who attended Le Cordon Blue and worked at Monarch Country Club in Palm City. On his Facebook page, he promises to roll out a new menu over the next three weeks.

Roberts will be taking over from Chef Bruno Zacchini, who took the job on in April, after Chef Goody – Jim Goodman – left Oblivion to take a job at the now-defunct Shipyard Pub, which suddenly called it quits in August. Which was a shame, because we liked what he did with Shipyard's menu in the short time he was there.