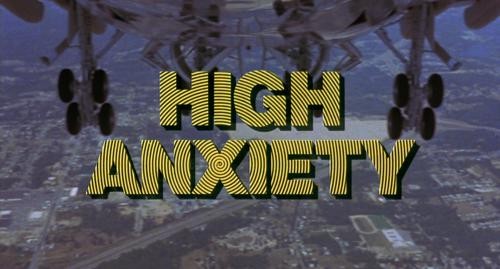 ANNNND, THIS IS WHY I DON’T DO VERY MUCH PUBLIC SPEAKING. HIGH (HELLO!) ANXIETY: “Let’s say you’re sitting in an audience and I’m at the lectern. Here’s what I’ve likely done to prepare. Four hours or so ago, I took my first half milligram of Xanax. (I’ve learned that if I wait too long to take it, my fight-or-flight response kicks so far into overdrive that medication is not enough to yank it back.) Then, about an hour ago, I took my second half milligram of Xanax and perhaps 20 milligrams of Inderal. (I need the whole milligram of Xanax plus the Inderal, which is a blood-pressure medication, or beta-blocker, that dampens the response of the sympathetic nervous system, to keep my physiological responses to the anxious stimulus of standing in front of you—the sweating, trembling, nausea, burping, stomach cramps, and constriction in my throat and chest—from overwhelming me.) I likely washed those pills down with a shot of scotch or, more likely, vodka, the odor of which is less detectable on my breath. Even two Xanax and an Inderal are not enough to calm my racing thoughts and to keep my chest and throat from constricting to the point where I cannot speak; I need the alcohol to slow things down and to subdue the residual physiological eruptions that the drugs are inadequate to contain. In fact, I probably drank my second shot—yes, even though I might be speaking to you at, say, 9 in the morning—between 15 and 30 minutes ago, assuming the pre-talk proceedings allowed me a moment to sneak away for a quaff.” (via the Atlantic)

YOUR LIPS MOVE BUT I CAN’T HEAR WHAT YOU’RE SAYING:

IN CASE YOU HAVEN’T NOTICED, YOUR REPRODUCTIVE RIGHTS ARE GOING DOWN TO TUBES (!) IN A BIG WAY: "According to the report, 22 states enacted 70 abortion restrictions in 2013 alone, making it second only to 2011 in the number of new abortion restrictions passed in a single year. 2013 saw unconstitutional 20-week, 12-week, and even 6-week abortion bans, from Texas to Arkansas to North Dakota, and this report makes clear that anti-choice activists aren’t slowing down -- they’re actually growing more brazen in their attacks. The terrain continues to shift from under our feet. The Guttmacher Institute reports that in 2000, 31 percent of women of reproductive age lived in one of the 13 states hostile to abortion rights. By 2013, 56 percent of women or reproductive age live in one of the 27 states hostile to abortion rights. There is no middle ground anymore, as even purple states like Ohio and Virginia, or even more traditionally blue states like Michigan and Wisconsin, have embraced fanatic anti-abortion restrictions." (via Talking Points Menu)

OR WORSE? HERE’S SOME COMPLETELY UNNECESSARY GROSSNESS: "Looks like Kim Jong-un was more upset about those clams, crabs, and coal mines than anyone thought: According to a report in pro-China paper Wen Wei Po, Kim executed his uncle, Jang Song-thaek, by feeding him alive to a pack of 120 hungry dogs. The report said that Jang and five of his aides were stripped naked and tied to railings, at which point the dogs, who had been starved for three or five days, depending on the report, were unleashed. Kim and his older brother, Kim Jong Chol, personally supervised the hour-long massacre along with 300 other top North Korean officials. Jang and his aides were ‘completely eaten up,’ according to Wen Wei Po." (via Gawker)

NOPE, SEAWORLD IS A COMPLETELY HONEST ENTERPRISE, ONE THAT DOESN’T KNOW HOW TO SCRAMBLE ITS IP ADDRESSES, HILARIOUSLY. YOUR PUBLIC RELATIONS ROT CONTINUES!: "With all the heat SeaWorld has been receiving over the past couple of months, including the loss of musical acts, I decided to make sure the numbers weren't skewed by some computer bot set to constantly choose "No." But imagine our surprise when we noticed that one single Internet Protocol Address (IP Address) accounted for more than 54 percent of the votes, or about 180 of the total 328 votes. IP Addresses are typically unique Internet identifiers given to a computer or series of devices — say a multi-computer network in your office. And who's the owner of the domain name and company that address belong to? SeaWorld.com and SeaWorld Parks & Entertainment." (via Orlando Business Journal)