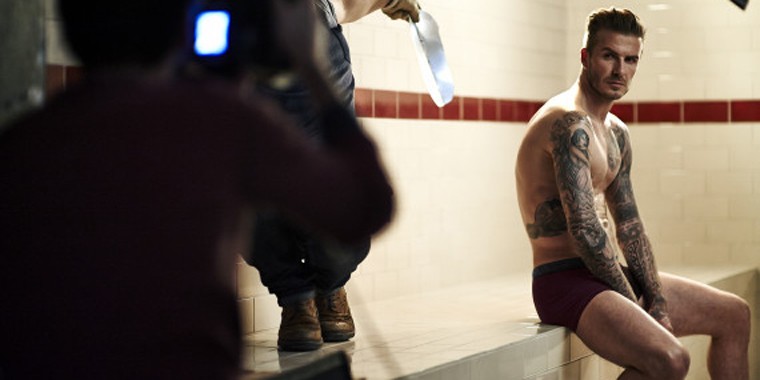 HA, HA, EVERYBODY POINT AND LAUGH AT TED CRUZ WHILE THE REST OF THE REPUBLICAN LEADERSHIP DOES THE SAME: “Sen. Ted Cruz gambled and lost Wednesday in a bid to persuade his Republican colleagues to take another stand on the nation's rising debt, reopening old wounds that could make him a permanent pariah to party leaders. Cruz demanded a cloture vote on a bill to raise the debt ceiling, forcing his Republican brethren—including Minority Leader Mitch McConnell—to cast some politically difficult votes. Afterward, the tempestuous Texan was not the least bit humbled or apologetic. In fact, asked whether McConnell should be replaced as party leader, Cruz didn't pause. "You know, that is ultimately a decision for the voters of Kentucky to make," he said, failing to defend McConnell, who faces a difficult reelection fight. ‘Today was a classic victory for Washington establishment interests,’ Cruz went on. ‘The people who lost today were the American people who find the fiscal and economic conditions of this nation even worse because of a lack of leadership.’ Some Republicans who voted for cloture but against the bill itself turned the leadership question back on Cruz, arguing that he had no plan or legislation waiting in the wings had the bill been defeated. ‘What's the other strategy? Default?’ asked Sen. Mike Johanns of Nebraska. ‘See how the world reacts to that? See what the stock market does? I think to be a leader you have to do very hard things, and so he's new here.’” (via National Journal)

YOU’RE OUT OF TOUCH:

WE’RE OFF TO SEE THE WIZARD, THE WONDERFUL WIZARD OF THE KIND OF OZ WHERE REFUSING SERVICE IS CONSIDERED NON-DISCRIMINATION. (PSST, THE SAME THING IS HAPPENING IN TENNESSEE, TOO!): “The Kansas House has approved a bill aimed at keeping individuals, groups and businesses from being compelled to help with same-sex weddings. The House’s 72-49 vote Wednesday sends HB 2453 to the Senate. Supporters describe it as a religious freedom measure. Opponents contend it will encourage discrimination against gays and lesbians. The bill would bar government sanctions when individuals, groups and businesses cite religious beliefs in refusing to recognize a marriage or civil union, or to provide goods, services, accommodations or employment benefits to a couple. Anti-discrimination lawsuits also would be barred. Individual workers and government employees also would get some protections. The measure is a response to the possibility that the federal courts could invalidate the state constitution’s ban on same-sex marriages. Rep. Charles Macheers, R-Shawnee, said on the House floor that his bill prevents discrimination.  ‘Discrimination is horrible. It’s hurtful

It has no place in civilized society, and that’s precisely why we’re moving this bill,’ he said. ‘There have been times throughout history where people have been persecuted for their religious beliefs because they were unpopular. This bill provides a shield of protection for that.’” (via Kansas City Star)

WAIT, YOU MEAN FLORIDIANS REALLY DO (OBAMA)CARE?: “Despite state officials' opposition to the Affordable Care Act and the relative scarcity of helpers available,  Floridians are finding their way to Healthcare.gov and signing up for plans. By the end of January, nearly 300,000 Floridians had enrolled in a new health plan through Obamacare -- a surge that left most other states in the dust. Jodi Ray at University of South Florida, who leads the grant-driven effort to sign up the uninsured in most counties of Florida, said she's not in the least surprised. ‘I have been saying all along that people want coverage,’ said Ray, director of Florida Covering Kids & Families. ‘Finding the folks that want to apply has not been a challenge for our Navigators. We are limited only by the resources, but not at all by the demand.’” (via WUSF)

SO THAT MISSING LINK OF STATE SUBSIDIES OR TAX BREAKS TO FUND NEW SOCCER STADIUMS IN MIAMI AND ORLANDO? NOT LIKELY: “The legislation filed in Tallahassee that would give new soccer stadiums a state subsidy? It's probably not going anywhere -- at least, not the way it's written now. And that means it's likely there could be more hoops for new Major League Soccer franchises, including one proposed in Miami, to jump through to ask for funds. A pair of bills -- one in the Florida House of Representatives, one in the Senate -- would allow MLS franchises looking to build new facilities to qualify for a tax break given in the past to other professional sports teams. A new Orlando franchise and the potential Miami one, owned by David Beckham and his investors, are looking for stadium funding. But the odds of either of those proposals to advance in this year's legislative session are slim, said state Rep. Erik Fresen, a Miami Republican sponsoring the House version of the legislation. 'Those stand-alone bills don't mean anything,’ he said. That's Tallahassee-speak. What it means is that while a particular piece of legislation -- in this case, Fresen's HB 887 and its Senate companion, SB 618 -- likely won't advance, another still un-filed proposal might. In this case, the alternative is expected to be legislation creating a competitive process for sports teams to apply for the state sales-tax subsidy. The Senate passed such a plan last year, but it went nowhere in the House.” (via Miami Herald)

DON’T WANT TO HEAR THE NEWS

I WANT TO BE NUMB