February 14, 2014 at 3:57 PM
comment
With all this talk of love and twitterpatedness, some of our single friends could start to feel a little lonely ... and turn to online hookups to feel temporarily loved. So we thought we'd take a little peek behind the bushes and find out the weird, gross and slightly disturbing places people are hooking up ... and, girl, let me tell you, these people be crazy.

The following is pulled from gay-cruising hookup site Squirt.org (.org? What, is this a charity?) to show you what's happening out on the streets.

Apparently this is a good spot for "under the stall fun"... but be careful who you tap your toe at, this is a public restroom y'all.

mcdcasper says “Hot time there a few mins ago. Thanks whomever you are. Let's do it again”

skipper777 says “hi guys, m coming over from Scotland for a few weeks looking to have some fun, anyone interested. get in touch thanks” 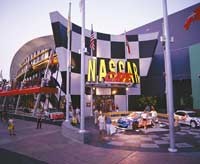 Supposedly a very "cruisy bathroom" after 10 pm when the parks close. A super quiet corner where nobody can hear you mourn your loss of innocence.

Sandro314 says “Visiting from New York. I think my family & I are going here with in the next couple of days.”

Storehead4me says “As many times as I have checked this spot out, I have never found any action here.”

This is really a sex club disguised as a gym. People get nekkid in the pool and things go down in the sauna and steam room. Only members allowed m'kay?

FJVazquez22 says “if anyone near me wants to pick me up and bring here and pay for me to get in i will let u fuck me in either the maze, steam room or sauna”

Ital_beatboy says “Guys this place looks fucking amazing! We have nothing like this in Melbourne, Australia. It looks like a gay sex resort palace lol, don't be complaining cause here we have dingy, dirty sex places that looking nothing as good as this. I bet the guys are really sex here too and at least you'd have variety, like black men which are so hard to find.”

This is another sauna and steam room situation... which is confusing as it's co-ed, but it's got 5 stars out 5 so apparently it's the place to go. Is it like  that episode of Looking? Will Scott Bakula be there?

Musclefuzz says “whats up with the homeless dude that basically lives in the steamroom now?”

This is that nice little park behind the Renaissance Hotel, which apparently is a hot bed for outdoor improprieties. Probably full of stranded tourists on a lay over looking for a lay under. At least they're enjoying the outdoors.

Jacson123 says “It isn't worth it to get busted. Go somewhere legal. My friend's career is ruined bc of hooking up at the park. He is a nice guy, and hooked up with an undercover cop ... NOT WORTH IT!”

Preach it Jacson123, we couldn't have said it better ourselves, totally not worth it.