February 17, 2014 at 2:51 PM
comment
Over the weekend, the Florida Fish and Wildlife Conservation Commission got a call from the Palm Beach Sheriff's Office about this little guy, who was totally out of his element in South Florida: 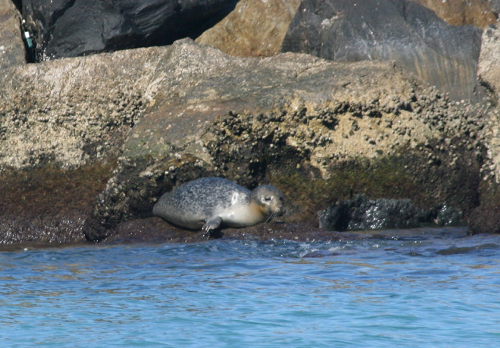 He's a harbor seal, and usually, they don't make it this far down south. Their habitat ranges from the northern Arctic through waters off New York. Occasionally, they make it down as far as the Carolinas, but Florida's pretty far out of their usual range. As a result, this seal was emaciated and exhausted. Officers and biologists captured the seal, which is now at SeaWorld Orlando recovering from his misadventure.

Check out the video below to see the capture in action. The video is long, and the seal doesn't actually show up in the video until about 4:09, but it'll give you an idea how tiny this seal was – pretty much the size of your average dog.