Look what you Dunn: CNN creates the expert killer

So this is what we’ve been reduced to: getting our color commentary from guys who hate the coloreds.

This morning, CNN aired its exclusive interview with George Zimmerman.  The timing was intentionally, even provocatively unfortunate, the sit-down coming less than 48 hours after a Florida jury had found Michael Dunn guilty merely of being a lousy shot. And the network didn’t disappoint, letting Zimmy play the victim card for all it’s worth, often with their help. We learned that he still gets death threats. (Guess what? So does just about every celebrity.) We were told that he can’t find a job. (Guess what? Neither can millions of Americans. Where’s their personalized, in-depth coverage?) We heard once again how he was just a guy who had stumbled into the wrong place at the wrong time – a guy who, at worst, was guilty of what interviewer Chris Cuomo characterized as a series of poor choices.

And yet again, the killer was allowed to protest that he’s absolutely not a racist, even while he was blowing the dog whistle that he’s been “scapegoated” by the Obama administration, particularly the president and the attorney general. Hmmmm

what do those two fellas have in common? 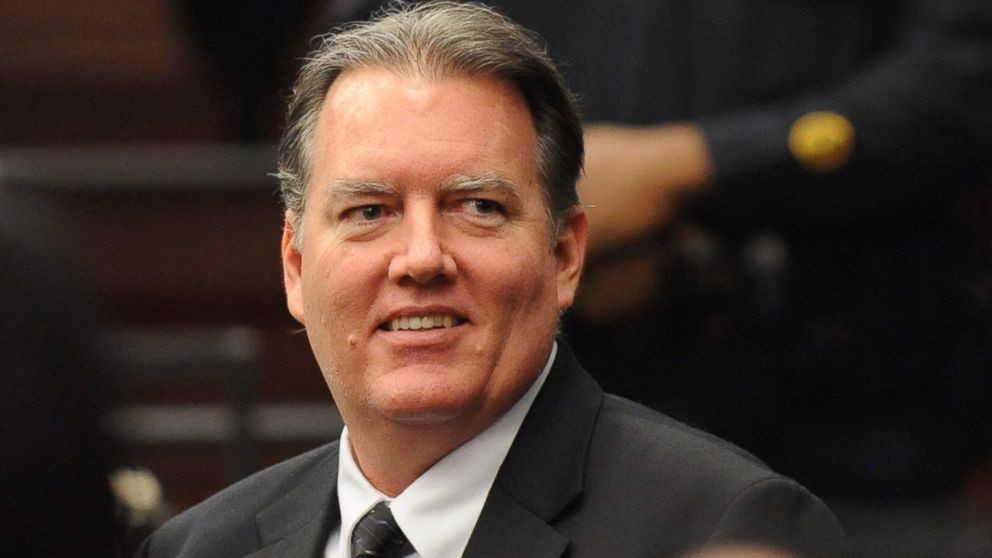 Has plenty to say about the midseason replacement shows. Book it!

It was ridiculous and it was obscene, and it was perhaps a new low for an industry that seems these days to subsist on them. The most illuminating part, though, was the CNN team’s ongoing attempt to swat away the rebukes they’ve rightly earned since the interview was announced. Cuomo and anchor Carol Costello reassured each other – if not the audience -- that giving Zimmerman a platform was their duty as members of the Fourth Estate. They called his opinions “newsworthy” (a weasel word that gives the corporate media the widest latitude to disseminate whatever information they think will appeal to the most prurient of interests). Cuomo even called the decision to book the guest a “no-brainer.” Truer words, etc. etc.

To Zimmerman the publicity hound, of course, it was nothing more than a consolation prize for the collapse of his celebrity-boxing gig. But that irony was lost on Cuomo and company as they preened their journalistic tailfeathers. Cuomo even declared that he would absolutely sit down for an interview with Michael Dunn himself were one made available. And why not? It was all part of the national “conversation,” Cuomo reasoned.

Zimmerman didn’t have much to say about Dunn, though, which must have come as quite the disappointment at CNN headquarters. He doesn’t watch the news, Zimmerman explained, and as someone who now aspires to study the law himself, he felt that he would have to pore over the Constitution and years’ worth of legal briefs to have a valid opinion on the matter. (Ergo, the jurors who set Zimmerman free were all likewise unqualified; ergo, his ass should still be rotting in prison. Have fun in law school, George.)

Has plenty to say about Syria. Book it!

For his part, Cuomo couldn’t resist editorializing about the supposed mistake of viewing Zimmerman as a canny conniver who had worked the system to his own advantage. Explaining that he wasn’t calling Zimmerman dumb per se, Cuomo called Zimmerman dumb per se – somebody who just didn’t have the intellectual tools to exploit the loopholes in self-defense law. The fact that Zimmerman’s father, a retired magistrate, possesses all of those tools and more, went unacknowledged, as did the little detail that Zimmerman senior had on the eve of his son’s trial published a racist e-book decrying George’s persecution at the hands of

the president and the attorney general. But it isn’t like the members of this family are coordinating their stories or anything.

I guess we should expect no better from CNN, whose sister network HLN continues to turn to Zimmerman buddy and avowed white-power adherent Frank Taaffe for “expert” commentary. Among his other pearls, Taaffe has declared that “the only time a black life is validated is when a white person kills them.” Genocidal racial animus is the only qualification he holds to comment on matters like the Dunn trial, but it was good enough for HLN, which brought him on night after night for some inconsequential sparring with Nancy Grace while that trial was under way. Gotta grab the supremacist viewer demo any way you can.

And that’s what this is really all about: trying to lure racist eyeballs away from FOX under the pretense of stimulating a “conversation.” There’s no other way to explain CNN’s and HLN’s willingness to make murderers and their abettors into media stars. When a Dzhokhar Tsarnaev blows up a marathon or an Adam Lanza shoots up a school, the cry goes up that their names shouldn’t even be uttered on the air, because their loathsomeness puts them beneath our attention. But the Zimmermans and the Taaffes get an open mic whenever they want one, because they aren’t advocating the crime for which we really hold the Tsarnaevs and the Lanzas culpable: killing white people.

A few short hours after CNN’s Zimmerman interview, Dunn’s lawyer, Cory Strolla, was on MSNBC, alleging that there had been damning information about Jordan Davis and his friends that the defense hadn’t been allowed to present at trial. In effect, Strolla was putting the world on notice that he intends to smear the dead kid to high heaven in order to prejudice the next jury pool he has to deal with. Maybe he’ll even offer a jailhouse interview with Dunn to the highest bidder. And what do you want to bet that he’ll get plenty of interest? Because that’s how it works in news these days: Everybody gets to take a shot.

Days without a response from the publication that plagiarized from me and won’t come clean: 244.