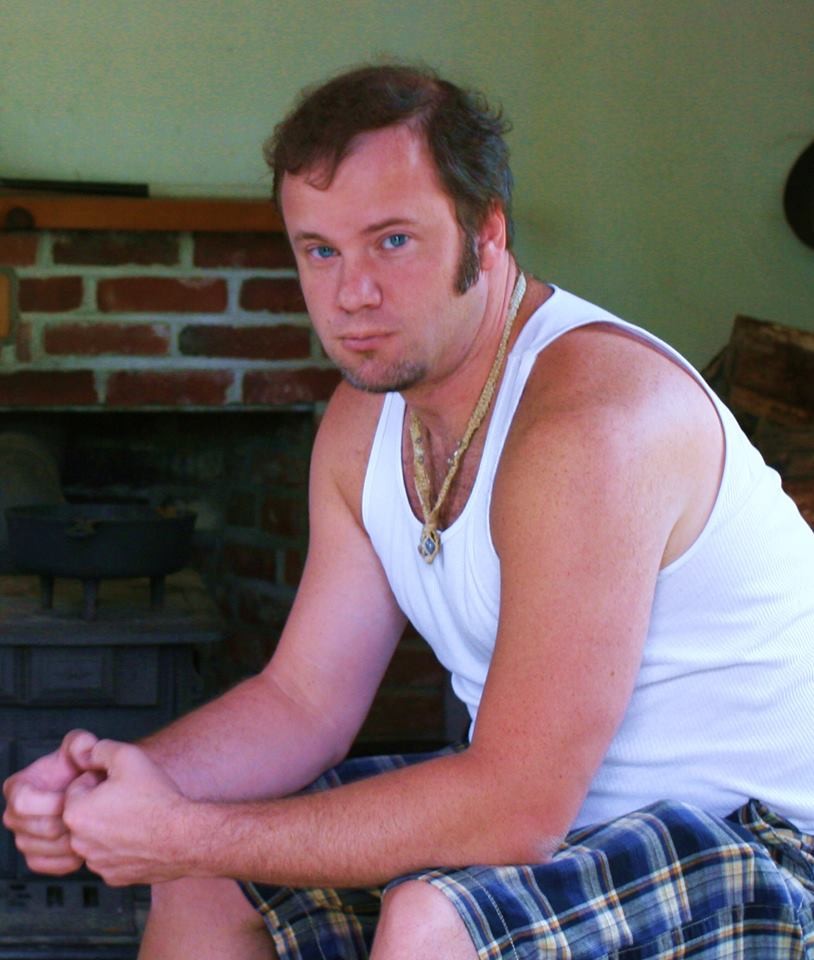 For nearly two decades, James Brendlinger has been teaching drama at Lake Howell High School, helping many a youth shape their acting dreams. Brendlinger hails originally from the borough of Kutztown, Penn., which is certainly a fine place to be from if you can't claim Punxsutawney or Intercourse.

Michael “Mouse” Tolliver, from Armistead Maupin’s The Tales of the City. When I first moved to Orlando, I was so excited that Armistead’s cousin Elizabeth Maupin was our local theater critic. That’s a classy family.

Stromboli with extra cheese and mushrooms at Anthony’s Pizzeria at Summerlin & Washington, on a Friday night, streetside table, with a live band playing across the way. Perfection.

3. What was your first job in Orlando?

4. When's the last time you went to a theme park?

Just a couple of weeks ago - sometimes I just need a few rides through the Haunted Mansion [at Disney World] to clear my head.

Xanadu: House of the Future. I inquired into buying it after it closed down, hoping to live the lifestyle of The Year 2000, but it slipped through my fingers.

I’m not crazy about the traffic on I-4.

I absolutely love our arts community - I do everything I can to encourage the spirit of collaboration and sharing that exists here.

9. When's the last time you went to a flea market?

A couple of weeks ago I went to Renninger’s in Mount Dora, where I bought props for our 1920s themed production of Hamlet. I got a vintage phone and a lap dulcimer for less than $50.

33 photos of the super-cool Renninger’s Extravaganza

By far, C&W BBQ in Oviedo—the best barbeque in Seminole County or anywhere else.

A Death by Chocolate Milkshake with a tower of whipped cream at Bananas Diner on Mills Avenue.

13. What do you think of Wayne Brady?

One of the most talented, kind and down-to-earth performers I’ve ever had the pleasure to meet.

Pro. I come from a NASA family.

'N Sync, for pure talent, and also because the Backstreet Boys once jumped the waiting list at Café TuTu Tango on I-Drive and stole our table.

16. How much is too much to spend on plastic flamingos?

Anything more than $3 per flamingo is highway robbery.

A few weeks ago - at the Florida Mall checking out United World Soccer.

Pro, of course. Michael Jackson is the King of Pop. Forever.

Thanks to the tourist trade, and Florida’s status at the Second Chance State, Orlando is a melting pot within a melting pot. Most of us can say we are from here, and then follow it up by saying where else we’re from. I love this city.

21 artistic shots from ‘I Live in Orlando, but Sometimes I Dream of Other Places’