Rob Schneider brings his legacy to Orlando via 'Real Rob' 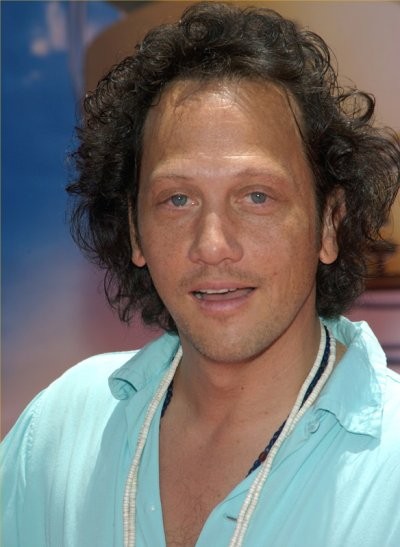 Deuce Bigalow fans rejoice: Rob Schneider, star of the storied Bigalow franchise (the finest sex-for-hire comedies featuring Eddie Griffin ever made) and supporting caricature from many a goofball Adam Sandler vehicle, is bringing his latest project to Central Florida. Real Rob, a single camera sitcom "loosely based" on Schneider's real life, has chosen Full Sail University as its host location and production headquarters. Filming of Real Rob's first eight episodes is scheduled to begin next month.

"Full Sail University is unique in that the campus has everything a major studio offers," Schneider said in a press release, and let us assume someone was standing next to the SNL vet shouting "YEW KEN DEW EET!" as he formulated his words. "The facilities truly are state-of-the-art, and I couldn't be happier with my choice in filming here."

Orlando Film Commissioner Sheena Fowler is "thrilled to be working with" Schneider and company (including the comedian's wife and Real Rob co-producer/writer Patricia Azarcoya Schneider), calling it a "win-win" for both the fledgling sitcom production and the Full Sail students who will have the opportunity to work on Real Rob behind the scenes.

So a few burning question remain: if we're only just now getting the Real Rob, what has Schneider been giving us all these years prior? Will Ellen Cleghorne ever pop up on the show? Why another sitcom, why not a feature film based around "The Sensitive Naked Man?" What's Kevin Nealon really like?

Full disclosure: the author of this report enjoyed Rob Schneider's turn in Surf Ninjas and used to periodically dial up the Conan O'Brien segment where Schneider played Superman before it was scrubbed from sites like YouTube and TotesFunnyRobSchneiderClips.com