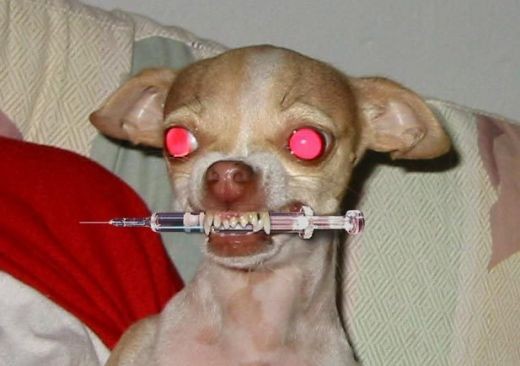 WHILE CHRISTIAN HATE GROUPS FOCUS ON REPUBLICAN LEGISLATURES AND GOVERNORS – HELLO, JAN BREWER – TO TURN AWAY THE GAYS, UGANDA IS JUST GOING TO THROW THE GAYS IN PRISON: “Brushing aside Western threats and criticism, President Yoweri Museveni of Uganda significantly strengthened Africa’s antigay movement on Monday, signing into law a bill imposing harsh sentences for homosexual acts, including life imprisonment in some cases, according to government officials. The move came weeks after Mr. Museveni’s Nigerian counterpart, Goodluck Jonathan, took similar steps in his own country, threatening offenders with 14-year prison terms. The Ugandan law seemed even tougher, threatening life terms for repeat convictions on the charge of ‘aggravated homosexuality’ along with 14-year sentences for the ‘promotion or recognition’ of homosexual relations. ‘We Africans never seek to impose our view on others. If only they could let us alone,’ Mr. Museveni said, according to The Associated Press, alluding to Western pressure to reject the bill.” (via New York Times)

ALL POLITICS IS MONEY; ALL MONEY IS POLITICS. MEET THE DEMOCRATIC KARL ROVE: But Messina’s effort to tap his earning potential while maintaining a hand on the levers of the party’s apparatuses has fueled grumbles from various Democratic donors and operatives, who accuse him — privately, and without the risk or accountability that can come from on-the-record criticism — of taking more than his share of the credit for a multifaceted victory, and of a cash binge that exposes Obama and former Secretary of State Hillary Clinton to potential backlash. Some Democrats question whether it’s unwise to have a single figure wield so much influence, while many former colleagues see Messina less as a Rove-like figure than as a deft operator who successfully implemented a strategy crafted by others. Messina’s allies cast him as a reluctant participant in the new big-money political world and argue he’s taking a leadership role only because it’s important for someone with wide experience and respect to help prepare the party for a potentially tricky post-Obama transition. ‘It’s a lot to put on someone’s shoulders, but we need a Karl Rove-type figure, and Messina has a large Rolodex. Or iPad,’ said Donna Brazile, who chose a more conventional path after running Al Gore’s 2000 presidential campaign, becoming a pundit, corporate consultant and strategist emeritus of sorts. Other Messina associates reject the comparison to Rove, among the left’s most reviled bogeymen. ‘I see Karl Rove as kind of Boss Hogg. And I see Messina as the consigliere — the quiet guy,’ said Florida lawyer John Morgan, a Clinton intimate who became close to Messina during the 2012 campaign and donated at least $50,000 to OFA afterward. ‘The real difference is one has an outsized ego and it’s about him, and the other has an ego that’s very much in check and it’s about the cause and the candidates.’” (via Politico)

HOW REPUBLICANS LEARNED TO HATE THEIR HUNKY NEW BOYFRIEND: “We can now, in hindsight, identify last February as the apex of the Rubio bubble. Over the next few months, conservatives shook off Rubio’s charm offensive and whipped themselves into a familiar frenzy against his immigration-reform plan. They picked apart details just as they had every major legislative proposal of the Obama era—it was long; it was complicated; it gave power to bureaucrats; it would hand Obama a victory. A May National Review cover depicted Rubio, smiling between no-longer-tolerated deal-maker John McCain and loathed liberal Democrat Charles Schumer, under the headline “Rubio’s Folly.” By June, Hannity and Limbaugh had turned unreservedly against Rubio’s plan. By October, the Rubio compromise had grown so radioactive on the right Rubio had to, humiliatingly, renounce his own legislation. But could the Rubio part of the Rubio Plan be salvaged? As his standing with conservatives decayed, the senator began to look for compensatory measures. Over the summer, he glommed onto a hot new idea taking hold among conservative activists: If Republicans refused to fund the government’s operations, Obama would have no funding to implement his health-care law, thereby strangling it in the crib. The government-shutdown gambit turned out very poorly, in part because its central postulate turned out to be wrong: Shutting down the government did not prevent the launch of Obamacare. By the time Rubio figured this out, he had already disgusted many mainstream ­Republicans while also finding himself outshone among the true believers by newly emergent star Ted Cruz, another Hispanic senator but one untainted by Rubio’s bipartisan immigration history.” (via New York Magazine)

THE WORLD – OR AT LEAST A TINY TOWN IN ARIZONA – HAS GONE TO THE TINY DOGS: Tiny yappy dogs have taken over the streets of a small town in Arizona, chasing young children while their parents apparently cower inside, frantically redialing 311 — Maryvale Animal Control received more than 6,000 calls in the last year alone. According to ABC 15, the four-legged Napoleons first conquered the area's animal shelters, then turned to recruiting protection for their bone-running crew. ‘Well the last time I seen six or seven Chihuahuas... and big dogs running with the Chihuahua's in a pack running every single day,’ Frank Garcia told Fox 10. But Animal Control says they've been so inundated with calls they don't have the manpower to patrol the streets. Now residents say that the Chihuahuas have won — packs of 10-15 dogs have started to chase local children to school. (via Gawker)

RUN WITH THE DOGS TONIGHT!: