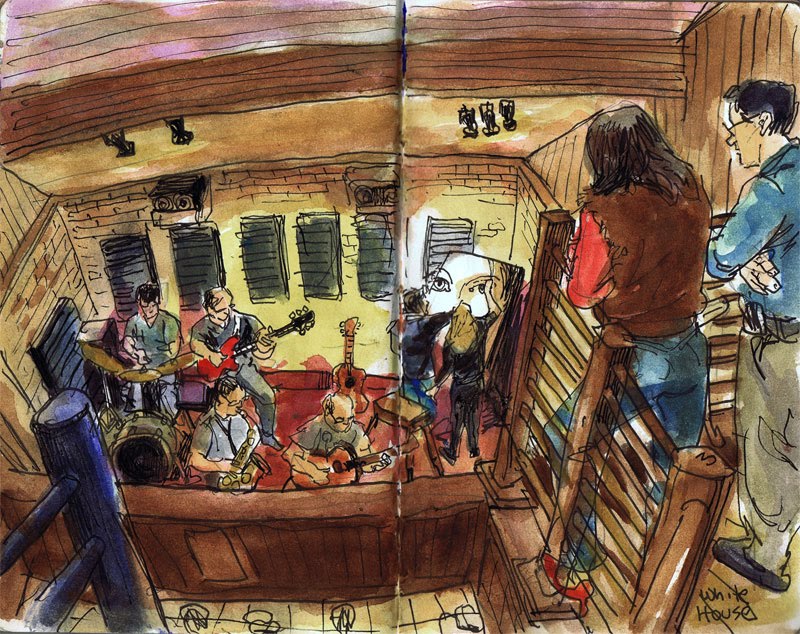 The domicile/concert hall known as the Timucua White House opens its doors and welcomes music and art lovers regularly for free shows frequently featuring international talents, iconic underground performers and all that Jazz (and more). It's a truly special place in Orlando to find high-level talents, with its spiral staircase delivering audiences to second and third level balconies, overlooking intimate shows. And while likely many folks in our city have yet to experience or even discover the magic of this alternative venue (which we listed as a must on our list of 100 things to do in Orlando before you die), it's about to get a wider audience now that filmmaker Steve Radley is making a movie about it. View the trailer below:

We've covered a variety of recent Timucua shows, like when sound poet Jaap Blonk came to town and tripped out our live music columnist, when OneBeat came in 2012 AND in 2013, not to mention when world-class guitarist Mary Halvorson performed locally or that avant-garde Brooklyn band Zs, who played a double gig in town, once at Timucua and then again at Will's Pub. These shows were all unique and exemplary of what to expect (or, maybe, how hard it is to predict!) will happen when Timucua's creator Benoit Glazer books a show. I'm already dying over the upcoming Sun Araw solo set that will happen there on April 4.