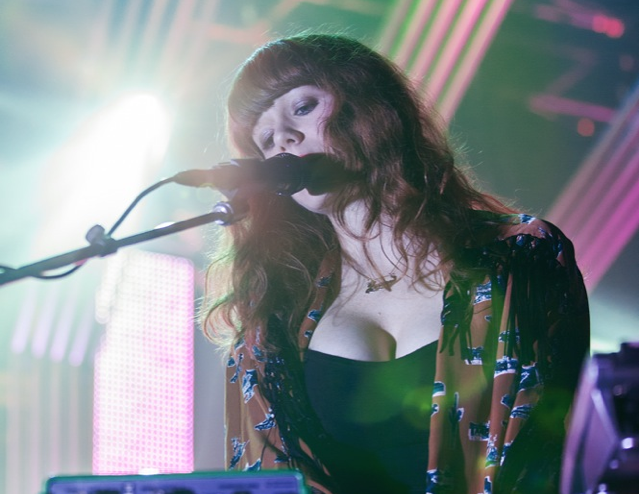 Be still my heart: Great moments from the Postal Service show at Hard Rock Live

The last time we saw Jenny Lewis in town was last summer at Hard Rock with the Postal Service, a nostalgic show for those who cherish that 2001 era of music, but this time, she's classing it up and is booked at the Bob Carr Performing Arts Centre as the opener for Ray LaMontagne on July 11, so mark your calendars, especially if you dug Acid Tongue, her 2008 solo release.

Lewis told Rolling Stone she was working on new material, though, which should be out before her show date, so keep a look out for that, and I'll be sure to post the stream once it's available. And, of course, any fan of HBO's Girls likely flipped when Lewis contributed this song over the credits of the third season episode "Truth or Dare."