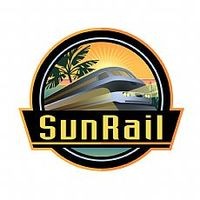 May 1 is just around the corner, which means SunRail is just around the corner. Phase 1 of the Central Florida commuter rail is set to kick off on May Day, and the service has just released their tentative schedule for trains running between DeBary and Sand Lake Road. Looks like these babies will be running in varying intervals and directions from approximately 5 a.m. until 10 p.m ... but only during the week.

Yeah, you read that right. SunRail is not currently scheduled to run on Saturdays and Sundays at all. Many Central Floridians, like citizens in other locales across our great nation, work specifically for the weekend, a time when they are unencumbered by neck ties and assistant managers and desperately want to get out and do train-related things, if possible. Not to mention all of those in the service industry (remember how we live in a place with a massive service economy?), whom this rail line fails to serve at all, if it doesn't operate during hours when a lot of servers work - evenings and weekends.

So far the SunRail-related riots appear minimal, by which we mean non-existent, but if an amazingly solid explanation doesn't come along soon (tracks inexplicably turn into live snakes on Saturdays and Sundays; running trains on weekend would somehow prevent Star Wars VII from coming out) those shiny new depots will be flaming rubble before you can say "chugga chugga" or "woot woot" or some other traditional locomotive noise.