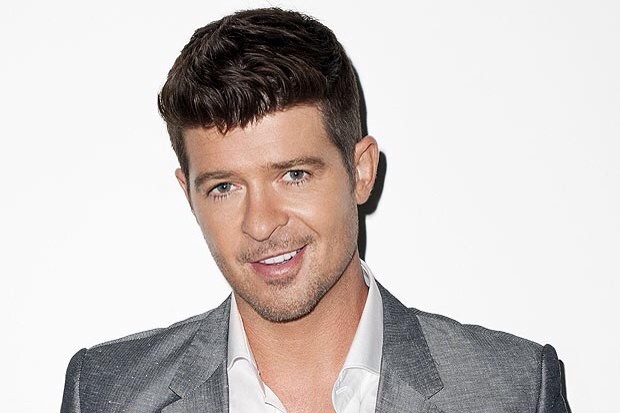 Last month, a last-minute cancellation due to a "lost voice" scuttled the planned Orlando appearance of R&B superstar Robin Thicke, who was originally scheduled to headline the "media night" concert at Universal Orlando's Mardi Gras on February 22. (Media reports shortly after revealed that Thicke had spilt with his wife, and he was photographed with his children in Disneyland, but that's a story for another kind of website...) Universal said at the time that Thicke would reschedule, and today they proved good to their word as Mardi Gras extends until June 7, with Robin Thicke performing on closing night of the event.

Here is the complete press release on the extension, with the full concert schedule, direct from Universal Orlando:

The excitement of Mardi Gras now continues through June 7 at Universal Orlando Resort, with a live performance by GRAMMY nominated musician Robin Thicke (performance rescheduled from Feb. 22). The summer of 2013 marked the debut of Thicke's highly anticipated new studio album, Blurred Lines. The release quickly took the music world by storm and landed at #1 on Billboard's Top 200 while, “Blurred Lines,” the single, set records around the world. It went to No. 1 in more than 100 countries and had a record-setting 12-week reign in the US at the top of the Billboard Hot 100. Robin continues to receive accolades for the album and single, including three GRAMMY Award nominations and four NAACP Image Award nominations.

May 31 Huey Lewis and the News