March 18, 2014 at 5:33 PM
comment
In this week's Tip Jar, our own Faiyaz Kara reports that a U.S. Geological Survey study finds consumption of Asian swamp eel can cause a parasitic infection known as gnathostomiasis. "Warning to shoppers at our local ethnic markets

Scientists found the worms in eels collected from markets in NYC, Atlanta and, yes, Orlando." 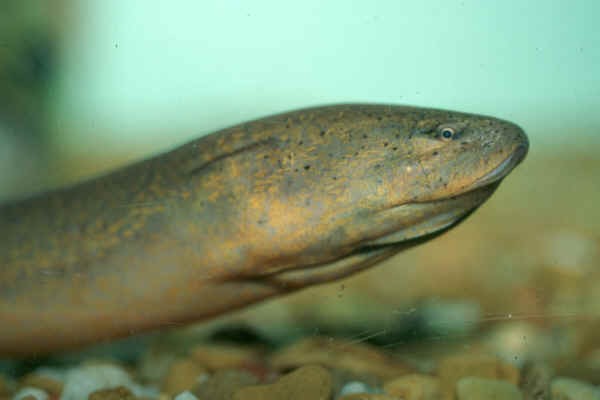 because I am full of this.

So, word to the wise, if you've been buying SWAMP EEL (yum) locally, don't. Its Latin name is alba fluta, which, I mean, it's been roughly eight decades since I took Latin but I think that translates to "pearl flute" – which sounds kind of nice, right? WRONG-O.

The USGS says, "They are a popular ethnic food item [ed. note: I will take their word for that] and may have been released by that trade." Also, "Nico et al. (2011) examined the occurrence of internal parasites in both imported, wild-caught swamp eels from a U.S. retail food market and from an introduced population in Florida, finding parasites in nearly all specimens."

Symptoms of gnathostomiasis include: fever, malaise, anorexia, arthralgia (neuralgic pain in the joints), myalgia (muscular pain/tenderness), creeping eruptions, migratory rash, nodules and swellings. YUMMMM. The worms can move as quickly as a centimeter per hour in cutaneous tissue and even faster in subcutaneous tissue. WHO NEEDS TV WHEN YOU CAN WATCH WORMS CRAWLING UNDER YOUR SKIN???

I'm going to do you the favor of not embedding a picture of what the rash looks like on a human, because you just can't unsee some things. If you're a hardy soul and curious, take a look at this slide from a Stanford Human Biology class or be super crazy and Google it, but don't say I didn't warn you.

Back in 2011, Mother Nature Network recommended the Asian swamp eel as one of "9 weird fish you should be eating." And in 2009, The Freshwater Fish Cookbook recommended preparing this "delicacy" teriyaki-style or in a fish head and bladder soup. Ah, those happy Asian swamp eel-chomping days of yore...