The Capen House is on the move again! 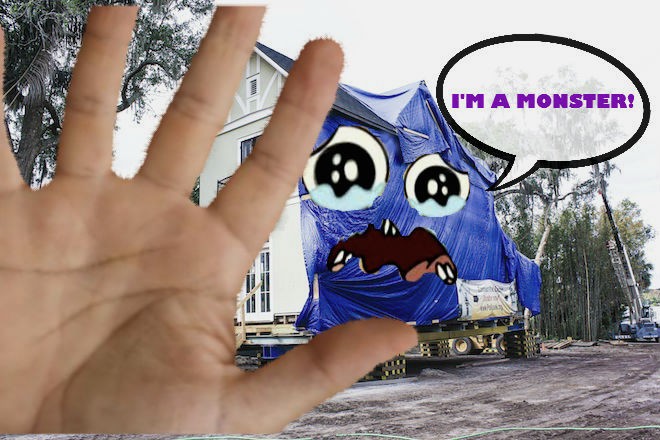 Photos of the massive moving day for Capen House

Last summer, the new owner of the historic Capen House in Winter Park was planning to demolish the grand home, instead of living in it as is or renovating it.  The Friends of Casa Feliz, along with the Albin Polasek Museum & Sculpture Gardens and the Winter Park Historical Association, received enough support to move the house to its new home at the Albin Polasek Museum across the lake. The Capen House took that journey last December, via barge.

Today, the two halves of the Capen House, "Fred" and "Ginger," will be one step closer to being reunited. As you can see above, the Capen House has been having a hard time of it lately, being a split in two. After "Ginger," the east portion of the house, is moved out of the parking lot of the Polasek Museum and to her new home, right next to "Fred," a foundation will be built below her, bringing the historic house one step closer to a permanent reunion. And making her feel whole again.