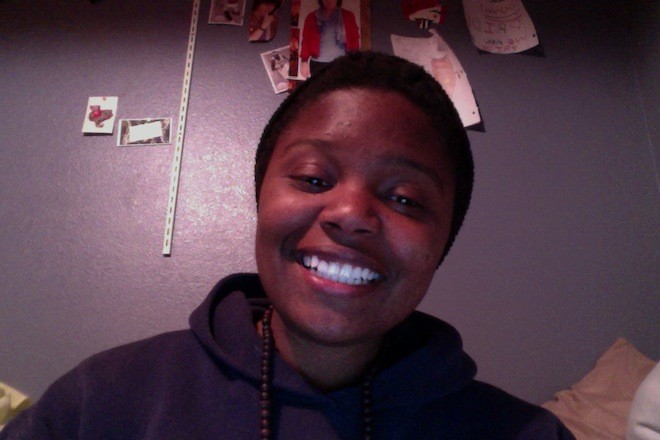 Welcome to 19 Questions, a feature where we ask Orlando residents 19 questions that are mostly related to living in the City Beautiful.

A native of Anderson, Ind., (sometimes called "The Other Pittsburgh"), Kierra Clark came to Orlando a year and a half ago following a stint in the Navy. She is currently a work-study at Full Sail University.

1. Who is your favorite Orlando resident, living, dead, real, or fictional?

Well, I'm going to be honest, I don't know many of them ... apparently, Wesley Snipes was born in Orlando, and I enjoy his work.

39 celebs who have called Orlando home

That's a tough question. I'm an accelerated student at Full Sail, and every meal is a great one. I'd have to say, though, that Ginza's chicken and shrimp combo was probably the best I've had so far.

Lindsey Stirling at the Plaza Live back in February of 2013. It was really awesome, aside from the guy that had a bit too much to drink that night.

4. What's the most exciting thing one can do when in Orlando?

Park hopping is great fun. Going downtown when they're having a festival or celebration at Eola Park is also very enjoyable.

5. What is your favorite beach in the area?

I really enjoy going to Cocoa Beach a lot. Especially if you get there early to watch the sunrise or late for the sunsets.

It's hard for me to imagine that an attraction was closed down in Orlando. Either way, I don't know of one, so I've got nothing to miss I guess.

The drivers, bar none. Granted, I understand that a lot of people that drive here aren't local residents, myself included.

8. What do you hate the least about living in Orlando?

I have a naturalist streak, so the fact that there are so many lakes here pleases me.

I've heard some odd stories about him, but they weren't while he was on the clock, to my knowledge. I'm going to stay neutral on that one.

11. What's the best place to get your hair cut in Orlando?

I've only been to one barber here, and he did a pretty good job. His place is in between the Planet Fitness and Bob's restaurant on South Conway. Somehow, I don't remember the name of the place, but I see it quite often.

12. Do you have an alcoholic beverage of choice? If so, what is it?

I don't drink much, but when I do, I'm not picky. They all come up with the same result. I like tequila the best though.

17 places to get a great margarita in Orlando

Pro. I haven't actually been on the SunRail, but I love trains, so I'm pretty biased. I wish America had a better passenger train system like they do in Japan or Europe.

14. What do you think Orlando's motto should be?

Orlando: Beachless, but not classless.

7 Mary 3, because I can listen to Jason Ross much longer Scott Stapp.

16. How much is too much money to spend on a vintage needlepoint of an orange?

I don't know. I mean, I love oranges, but only for eating. Maybe up to $50 or $60? I mean, someone did put some time into putting it together, and maybe you absolutely need that needlepoint to top off your gallery of orange arts.

It was late at night and I was lost, because I had just gotten here. Needless to say, it was a blur.

Most certainly a pro. George Lucas produced it, and James Horner did the score and also the score for Avatar and many other movies. So what's not to love?

I think you would have to be willing to accept Orlando's faults, but love it's pluses without fail. Or you could know more about Orlando itself and not Disney World.