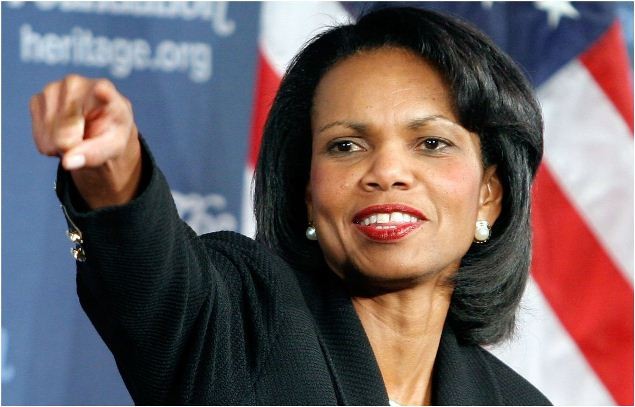 THAT PART WHERE ECONOMIC DEVELOPMENT MEANS SPENDING FLORIDA TAXPAYER MONEY IN OTHER STATES RATHER LAVISHLY: “When you hear about a $2,000 dinner bill at a barbeque restaurant, you might think Kim Kardashian and Kanye West are in town. But if you’ve been following how Florida’s “economic development” agency, Enterprise Florida, has been operating under Gov. Rick Scott’s stewardship, you wouldn’t be surprised to find that it was actually just another wasteful expense paid for with your tax dollars. As reports mount detailing the lavish travel and wasteful purchasing practices of Enterprise Florida, a rising chorus of concerned Floridians and watchdog organizations are demanding that Scott investigate his agency’s misuse of taxpayer dollars. Integrity Florida, a non-partisan watchdog group, has formally asked Scott to have the state’s chief inspector general investigate Enterprise Florida’s spending practices. Not surprisingly, this request has fallen on deaf ears. Enterprise Florida receives more than 97 percent of its funding from taxpayers, but according to an internal audit three Enterprise Florida executives, including Secretary of Commerce Gray Swoope, were granted “unlimited” authority in February 2012 to execute contracts and make purchases on behalf of the agency. Since carte blanche spending authority was granted to these executives, the organization’s questionable expenses have included nearly $22,000 spent on New York Yankee luxury suites and related purchases, more than $13,000 spent at the San Diego Zoo and thousands more spent at sports stadiums across the country. And that’s only what we know about.” (via Context Florida)

LAST WEEK’S SOFT-FOCUS AD BLITZ BECOMES THIS WEEK’S HARDLINE ATTACK; NOT SURPRISINGLY, DEMS ARE FIRING BACK. CEASE! DESIST!: “The Florida Democratic Party sent a letter Thursday morning to 67 television stations in all 10 media markets asking them to refrain from airing the ‘patently false’ attack ad from the Rick Scott campaign featuring Democrat Charlie Crist's support of Obamacare.  The $2 million ad campaign was launched last week by the governor's "Let's Get to Work" committee and features former Gov. Charlie Crist being asked by CNN if he thought Obamacare has harmed Floridians and he replies ‘I don't think so at all. I think it's been great.’ The ad also repeats statements about the impact of Obamacare that the Associated Press and PolitiFact have demonstrated are inaccurate. ‘This advertisement knowingly misleads your viewing audience about the impact of the Affordable Care Act,’ writes lawyer Mark Herron for the Democratic Party. ‘As a responsible media source, it is your duty to ensure that this type of advertising does not contain patently false information. The FDP would strongly urge you to refrain from airing this advertisement.’” (via Tampa Bay Times)

SHE’S BACK! SO, DOES THIS MEAN THAT IF TED CRUZ AND JEB BUSH AND RAND PAUL ALL FAIL AT THEIR RESPECTIVE CHARM OFFENSIVES, THERE’S A NUCLEAR OPTION? “Condoleezza Rice is wading back into the political waters, a sign she plans to maintain a higher profile in both world events and the battle for the soul of the GOP. The former secretary of State is headlining the National Republican Congressional Committee’s annual fundraising dinner on Wednesday, a marquee slot often reserved for White House contenders. In a rare move, she recently penned an op-ed weighing in on the situation in Ukraine, and cut an ad for American Crossroads on behalf of her friend and former employee Dan Sullivan (R), who’s running for Senate in Alaska. She has intentionally kept a low public profile since the end of the Bush administration. But as one of the party’s most powerful and popular women and one its few high-profile African-Americans, she’s in high demand within the GOP — and when she feels like speaking out, people listen. ‘She’s very concerned with where the party is going, where the country is going, and that’s why you’re seeing her engaging,’ Georgia Godfrey, Rice’s chief of staff, told The Hill. ‘What she’s going to do this cycle is really support the party, help empower leadership and help the party win back Congress.’” (via The Hill)

HEY, MORE DISTANT ATTACKS ON LOCAL CONTROL! THANKS, TALLAHASSEE, FOR BEING A GREAT PARENT ON CHRISTMAS: “State Rep. Jimmy Patronis, R-Panama City, is well-known in environmental circles. Florida Audubon Society says his bills are notorious for the damage they do. Every year Patronis introduces a ‘Christmas tree for lobbyists’ who want to weaken environmental and growth management policies. The current Christmas tree, House Bill 703, is aimed at local government. The Ocala Star-Banner calls it a horrible bill that is an assault on water supply and local decision-making. The group 1000 Friends of Florida calls it ‘appalling.’ The Florida Conservation Coalition pointed out that the Legislature had abandoned statewide growth management because they said they wanted local communities to make local decisions. Now Patronis wants those decisions made in Tallahassee. He thinks the state is better able to make local decisions. He treats local communities like wayward children without good sense who need his guiding hand. When lobbyists complain to him about what local communities are doing, he feels bound to let them write legislation undoing it. This year, Patronis’ HB 703 is aimed straight at Martin County and any other local government that might dare to do a better job than the state. HB 703 limits the right to protect wetlands and springs. At a time when parts of the state are running out of potable water, it gives private ownership to public water supplies through 50-year permits. It trumps local comprehensive plans. After last summer, when the estuaries on the east and west coasts were under siege from Lake Okeechobee dumping, it’s hard to believe that anyone in the Legislature believes the state of Florida is doing ‘a better job.’ Maybe because Panama City is so far away from the green slime that flooded the estuary, Patronis really doesn’t understand.” (via Palm Beach Post)

NOBODY DOES IT BETTER!