Disney's Frozen becomes the biggest animated film in world, is the GIF gift that keeps on giving 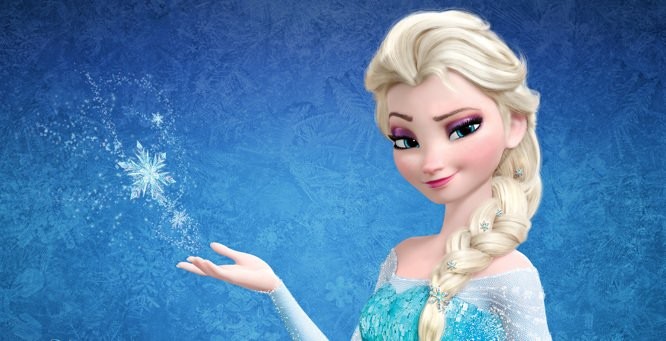 Disney's Frozen, the studio's 53rd feature animation and winner of multiple Oscars earlier this year, entered the top 10 all-time worldwide box office this week, passing both the billion dollar mark and Toy Story 3 on its way.

Co-directed by Chris Buck and Jennifer Lee, Frozen is Disney's seventh feature to break one billion worldwide, but the first for Walt Disney Animation Studios. (The Lion King is close at $987m.) The only other animated feature to break the one billion mark is the now vanquished Toy Story 3 -- also a Disney film, from Pixar.

The company is well on its way now to recouping all that money is lost on John Carter.

Here is a bit from the press release:

“Frozen” is the first billion-dollar film for Walt Disney Animation Studios and its first film to receive the Academy Award® for Best Animated Feature. “Frozen” opened wide domestically on November 27, 2013, posting the #1 all-time Thanksgiving debut ($93.6M five-day, $67.4M three-day) and Walt Disney Animation Studios’ biggest opening ever. It remained in the top 10 films at the domestic box office for 16 consecutive weeks, the longest run by any film since 2002.

Internationally, “Frozen” is the biggest Disney or Pixar animated film of all time in 27 territories, including Russia, China, and Brazil. In Korea, where the film has grossed an estimated $77.1 million, “Frozen” was #1 for the first five weeks of release and is the biggest animated film, the second biggest non-local film, and Disney’s biggest release of all time. It’s also the highest-grossing animated film of all time in Denmark and Venezuela. Since its debut March 14 in Japan, “Frozen” has claimed the #1 spot in its first three weekends and continues to play strongly with an estimated $50.5 million to date.

All that and it's given the world plenty of great GIFs to play around with: