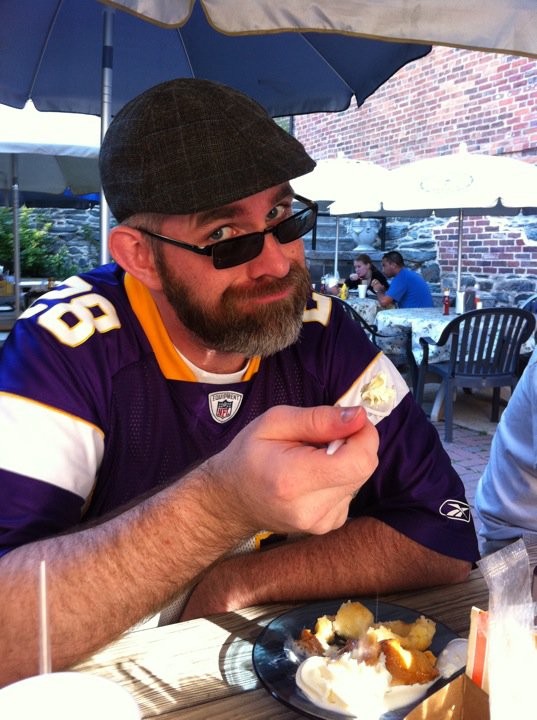 Is this interview finished if I say Delta Burke? Actually, I don’t think she lives here anymore.

That's tough. Orlando’s food scene really is a dichotomy between independents and crappy chains. Unfortunately, I live on the attractions side of town. My favorite thing right now is the tempura sweet potato roll with cream cheese at Nagoya.

I actually think it was Donna the Buffalo ... I quit listening to them mainly because I hated that bumper sticker so much. A washboard and accordion can only go so far.

I drive past that eyesore every day on the way home from work. I have never been nor had the inclination to go. I’m very particular about water parks.

[This is] incredibly easy. The Comedy Warehouse at Pleasure Island. Say what you will about improv, but this place was terrific. There were so many talented people on the stage, in the tech booth and sitting at those keyboards. It’s nice that I can see some of those folks out and about doing other things. Get them together on a stage, though

I like the fact that I get to see long distance friends and family fairly often. Everyone wants to come put coin in the Mouse’s pocket. Plus, I'm never bored. There's so much to do. Any time I complain about not having anything to do is out of sheer laziness.

My house. It has dogs and cats, and I can enjoy a cigar with my coffee.

12. Do you have an alcoholic beverage of choice? If so, what?

Depends on my mood ... and the weather. Bourbon and beer are the staples. I had a Swamp Head Tropical Disturbance Imperial IPA last night. That was pretty tasty.

Taps on taps on taps: A list of craft beer bars in Orlando

13. What do you think of Wesley Snipes?

I think more people would pick him as their favorite Orlando resident rather than Delta Burke. All I’m saying is Suzanne Sugarbaker pays her taxes.

15. Universal Studios or Islands of Adventure?

Islands, now that Back to the Future and Jaws are gone. I’m not dropping 90 bucks for a Brendan Fraser roller coaster. If they ever put Mr. Fraser in over at Dudley Do-Right’s Ripsaw Falls, I’m taking my money to Wet n’ Wild.

16. How much is too much to spend for a vintage Shaq Magic jersey?

You know, it’d be a completely different answer if you’d lowercase that M.

18. If you could give Orlando a new motto or nickname, what would it be?

A birth certificate from anywhere else. We’re too diverse a group to assign any other characteristics. That's another thing I like about this town.