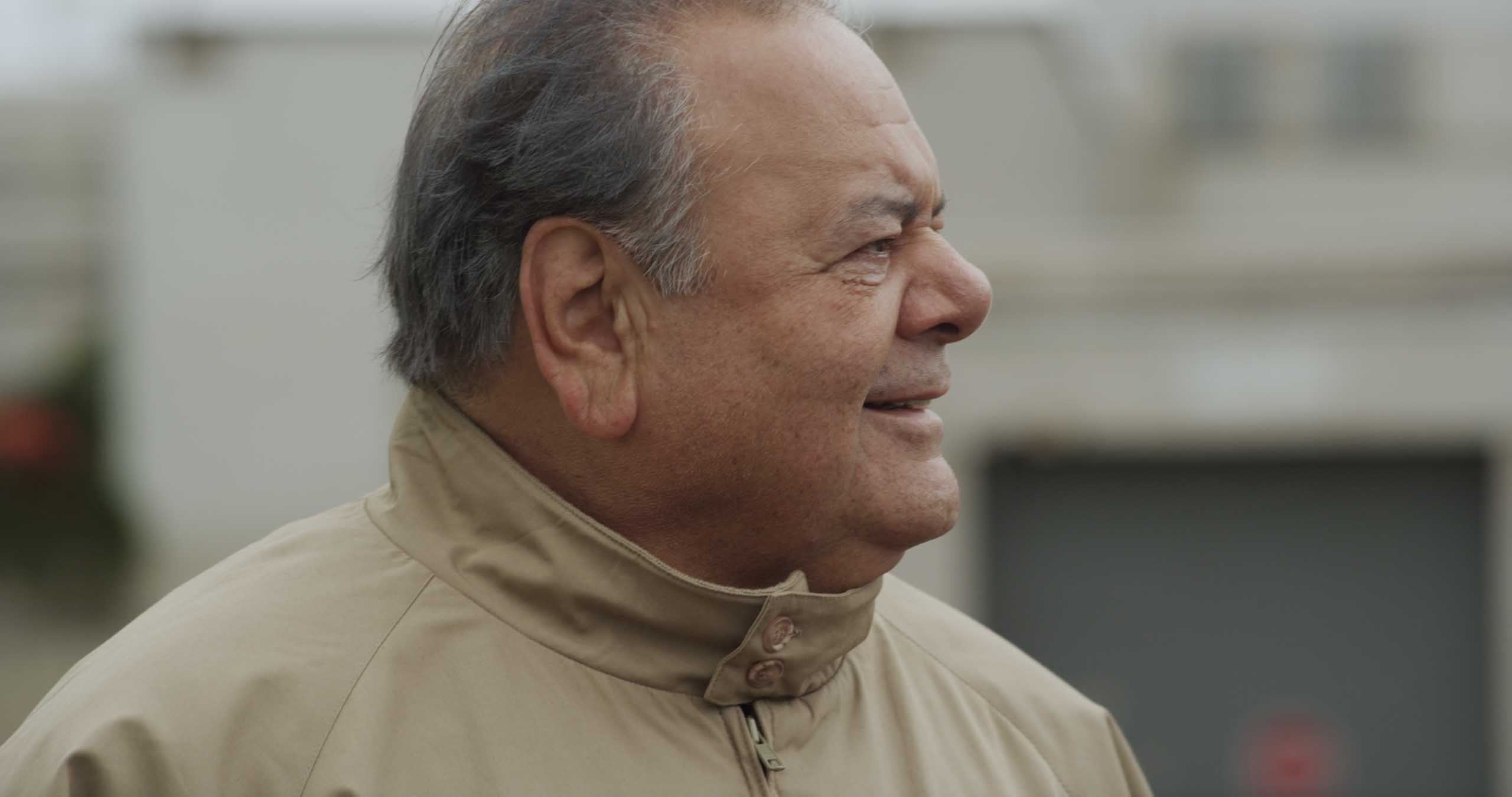 Paul Sorvino has a lot on his mind, and a lot on his proverbial plate, but not a single one of those items has anything to do with the mafia.

“Most people think I’m either a gangster or a cop or something, but the reality is I’m a sculptor, a painter, a best-selling author, many, many things – a poet, an opera singer, but none of them is gangster, but, you know, obviously I sort of have a knack for playing these things,” Sorvino says. “It’s almost my later goal in life to disabuse people of the notion that I’m a slow-moving, heavy-lidded thug, and most people’s impression of me IS that – because of the success of Goodfellas and a few other things, but they forget that I was also Dr. Kissinger in Nixon,

the deaf lawyer in Dummy, and they forget a lot of things that I’ve done.

It would be nice to have my legacy more than that of just tough guy.”

Despite his eagerness to distance himself from that stereotype, Sorvino says he couldn’t resist the part of a former mob boss just released from prison, in his new film, Last I Heard, which he’s promoting and attending a screening of at this year’s Florida Film Festival. Sorvino was at his home in California last week when I called him to speak about that film and other topics. (Proving his versatility, my call interrupted his playing of Beethoven’s Pathetique Sonata on piano.)

“My son knew the director, Dave [Rodriguez], and then we were in a movie together that he sort of directed, called Mineville, and my son, myself and Dave

we became friendly, and I really liked his directing style and liked him, and my son Michael said, you know, Dad, [Rodriguez’s screenplay of Last I Heard] is a very good script.

As soon as I read it, I knew that this would be a very, very good role for me.

More than the category – gangster – was the heart that was in it.”

So what about that other gangster film Sorvino will be screening on April 12 at the festival, Martin Scorsese’s Goodfellas? Did he really hate it upon first watch?

“That was for the first three hours. But I was blown away by it, and my natural critical eye was damaged because of the effect the movie had on me. I thought it was excessively violent, boring, and I was boring in it,” he says. “About three hours later, somehow, I don’t know how, I came out of the haze that the movie had put me in, semi-comatose, and was looking at it in reality and thinking about it and saying, ‘Wait a minute, I think I’ve just seen a great movie, and I think [I’m] good in it.’

It’s as if I had gotten a concussion and had rebounded.”

Scorsese isn’t the only great director with whom Sorvino has worked. Films starring the actor have been helmed by the likes of Sydney Pollack (The Firm), Oliver Stone (Nixon) and Warren Beatty (Reds and Dick Tracy), the latter being a “wonderful director,” according to Sorvino. But it’s Scorsese whom the actor focuses on most.

“Everybody is different,” he says. “Some directors don’t know what acting is really all about, and so they ask for results

‘You have to cry here; you have to laugh here. You’re sad here.’ You know, they talk in those terms.

The polar opposite of that is Scorsese,

a man who essentially creates such a [nurturing] atmosphere and encourages improvisation. Goodfellas is at least 30 to 40 percent improvised.”

Sorvino admires Scorsese and other great directors so much, in fact, that he puts them on a pedestal above actors.

“I can work with any kind of director. The only thing that I really hope the director has is taste,” he says. “He can speak any language

as long as he transmits to me the idea of what the scene should be about.

It’s his job and his vision that has to be followed. [Actors] don’t sign on as directors; we sign on as collaborators in the best sense, or as pawns in the other fellow’s chess game. We are craftsmen in movies; we’re not artists. Artistry is definable as an autonomous practice, and certainly that is not the profession of movie acting. You do as you’re told. You supply bits and pieces; that is, you supply tiles for the mosaic maker.

But the artist in movies is the director.”

In the last 15 years, Sorvino has taken off that craftsman’s hat four times to step into the role of artist, having directed one cinematic feature, a TV movie and two episodes of the TV show That’s Life. His versatility extends not just to those projects and his aforementioned forays into music and the visual arts, but to his championing of animal rights, particularly horse-rescue efforts, and asthma prevention. However, at least in our interview, there was one topic that seemed to evoke more frustration and passion than any other: the current state of acting.

“Acting on stage is an art. Acting in film is a craft,” he explains. “As the late Robert Culp said,

‘This is a trade, Paul, and you learn it on the stage.’

Without learning it on the stage, it’s difficult to learn how to act out loud. For instance, I’m noticing that on television and in movies now, it’s more difficult to understand the actors because they have such, such powerful microphones now that you can pick up speech even at a mumbling or whispered level. Unfortunately, that means that most of the actors don’t feel like they have to act out loud.

You have to learn how to act out loud, and that’s a skill that you pretty much learn on the stage. You don’t have to learn it in films, so you don’t. Of course, the great masters like Al Pacino and Bobby De Niro, they know what they’re doing. And they’ve both done stage.”

Sorvino’s criticism of young actors goes beyond their lack of stage experience, however.

“If I have a complaint about the modern actors, it’s that they’re not well enough prepared. And they’re not a lot of actors who want to be great actors, and that’s disturbing to me,” he says. “I have a feeling that they want great careers, but I am not convinced

that the so-called ethics of the profession are as strong as they once were.”

Still, Sorvino seems at peace with himself and says he enjoys acting now more than ever.

“I’ve come to understand and enjoy my movie career much more;

it took me a long time,” he says. “But once I recognized that movie acting is a job, and a better job than heavy lifting, which I did in my youth, then you can start to enjoy the parts of it that are fun. You don’t have to take on the responsibilities of leading this wagon train across the prairie. You can just be one of the drivers.

And it then can become a good job. It can become fun, as long as you have other things that give you the satisfaction of primary art, and in this case that is sculpting and writing.”

Despite all his stereotype-busting endeavors, Sorvino still can’t help admitting that he may have a little tough guy in him after all, especially when it comes to directors and producers who have tried to push him around.

“They tried that,” Sorvino laughs. “No, that’s never happened.”

For the complete audio of the interview, click Interview_with_Paul_Sorvino_March_28_ 2014.

For basic information on the fest, see Florida Film Festival. And for a review of Last I Heard, and 30 other festival features, see Reviews. To plan your visit, visit www.floridafilmfestival.com.