Will's whisky: How to not fall on your ass when the spirits come to town 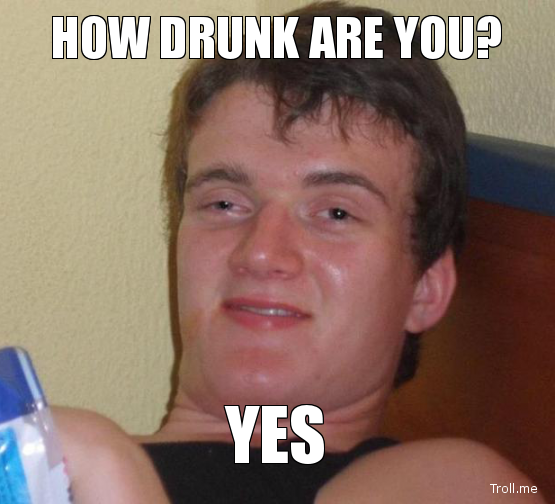 We likely all have imbibed the great craft brews Will's Pub has to offer, as it's been a sort of beer and music mecca going on 20 years.

But as some of you may be aware, the hoppy and hopping bar-made-music-venue will be serving up all sorts of liquor starting today, April 2. This has some patrons frothing at the mouth. Do not misunderstand, though. The party that may soon be in your mouth could easily lead to a volatile eruption of puke, bile, black-outs and a hell of a lot of remorse.

In the end, just remember to follow these five tenants of liquor consumption, and may your nights forever fare well:

1. "Beer before liquor, never been sicker; liquor before beer, in the clear"

We’ve got to start with an oldie but goodie. It's an adage that some of you may purposefully choose to forget on a weekly basis, but it's as memorable as the alphabet, and we all know you silently recite this to yourself every night you're out juggling that tall glass of Terrapin Hopsecutioner with shots, shots, shots, or starting off with a bang - er - car bomb. Your mileage may vary, but point being, stick to a habit and stay the course. Regardless of the above saying, the important thing is to mix as little as possible. Which leads us to ...

2. Do NOT mix your liquors

Some of us may really enjoy a standard whisky and coke. Others of us may have a sweet tooth for that vodka cranberry, but none of us - and I repeat - none of us have the stomach for both. It doesn't matter if you're the reincarnation of Andre the Giant. If you mix too much whisky, vodka, rum, gin, tequila, et al., that shit isn't staying down, but your body sure as hell is.

3. Do not mix with overly sugary drinks

There isn't necessarily any evidence that sugar itself can directly contribute to you getting drunk faster or having a worse-than-normal morning hangover, but one thing we can say for sure: it doesn't really seem like you're drinking alcohol anymore when you're drowning it in sweetener. That could certainly lead to overindulgence. So, leave the cavity-cravings at home and try to sip the way it was meant to be sipped: neat, on the rocks or maybe just with a little bit of water. Instead of the classic rum or whisky and coke, try it in ginger ale. At least then the sweetness is less overpowering and you tend to get the fuller flavor of the liquor itself.

Ah, the old "no duh" part of the list. Drink more water. Make sure to have balance, and pace yourself while doing so. Alcohol is a diuretic, and with all of the peeing you're going to be doing, your body isn't going to be getting enough water where it needs it - namely, the brain. As you dehydrate, the headaches will start to come, and when it gets to that point, it's usually too late. So have some water. Take a break once in a while, and don't wait until there is ringing in your ears and your skull is crushing in on you before you decide it's time to indulge in the most important drink of your life.

5. Not all liquors were created equal

This is another case of "your mileage may vary," but don't sell yourself short. There is a time and place for everything, but sometimes you just need to spend that extra couple hard-earned dollars and get yourself a hard-earned drink worth the money. Not all inexpensive booze is cheap, but all cheap booze is inexpensive. Price may not always be the deciding factor, but cheap liquors (read: cheap in quality) tend to have higher impurities, were not distilled as much or as efficiently and were not filtered as thoroughly. So when your friends are sipping on something nice and you're matching them, glass for glass, with the bottom of the well's offering, don't be surprised if the room starts spinning sooner, rather than later.

Ultimately, you go out to an establishment like Will's Pub for a good time. So some of the above may seem like sucking life out of the party, but it's all about living in balance, and if you're constantly indulging too much, then how do you differentiate the good times from the bad? Take the above with a grain of salt (not alcohol); get yourself that nice glass of rum, vodka or whatever and let's raise it to our collective health.

Except tequila. It is the devil's spawn.