Twice the Ice: Minus5 Ice Bar opening in Orlando 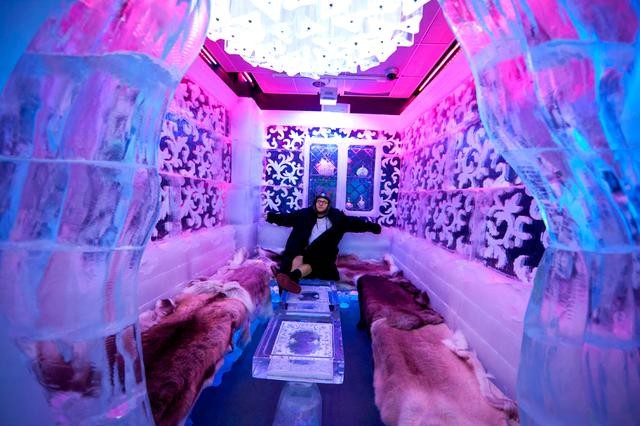 Watch yourself, International Drive. There may be an ice turf war happening soon. A little rumble in the igloo, if you will. There's a new cold bar coming to town.

Minus5 Ice Bar is moving in on ICEBAR Orlando's territory. They'll be opening up their first Florida location at Pointe Orlando later this month. According to Google Maps, that's just a four minute walk from the location of the current cold-bar kingpin, ICEBAR Orlando, on International Drive. It's about to go down. I've never been in an ice bar gang fight y'all.  Let's take a look at the two contenders:

Orlando may not be big enough for the both of 'em, but, seeing as I've already been to ICEBAR Orlando while pretending to be a tourist, I'll have to be fair and see what Minus5 Ice Bar is all about when it opens next week. I'll just be sure to wear neutral colors and bring an ice pick ... just in case.