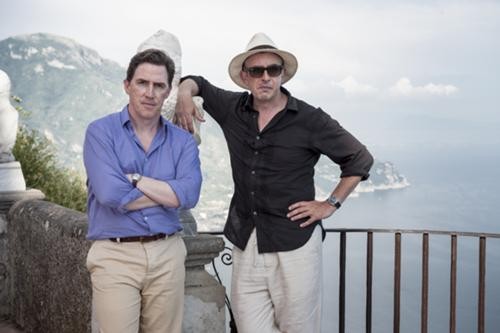 The Florida Film Festival is officially underway. The opening-night party at Enzian was a blast, and the opening film, Michael Winterbottom’s  The Trip to Italy (3 stars), seemed to be fairly well received. It won’t play again at this year’s festival, so I’ll spare you a formal review here, but it is worth seeing if and when it gets a general release later this year. Yes, it’s a bit of a tedious one-noter in the early-going, and Steve Coogan and Rob Brydon’s back-and-forth banter is a bit of an acquired taste, but its charm and clever humor should win you over, especially if you’re already a fan of the British TV shows and previous feature film (The Trip, from 2010) upon which this latest movie is based.

Staying true to their promise to go darker this year, the festival showed the animated short Oh Sheep! (1 star) as the starter and pissed off a large portion of the audience in the process. I do admire shaking things up and pushing people out of their comfort zone, but this unnecessarily violent and over-the-top attempt at political allegory sullied the main film’s intelligence and subtlety. Hey, there’s nothing like opening a festival with pseudo-social commentary featuring cute animals getting bludgeoned to death in various unimaginative and disgusting ways.