VIDEO: 5 favorite Off the Avenue sessions 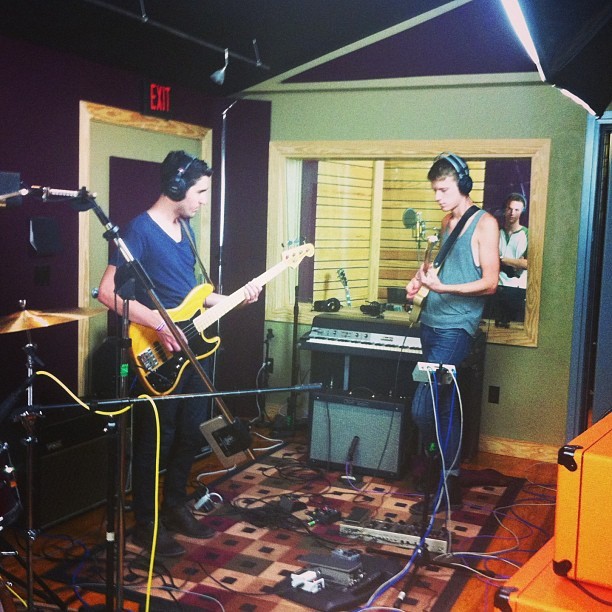 Orlando is lucky to have North Avenue Studios nearby in Orange City, a recording studio of pros who are admirably active and, perhaps more notably, are behind "Off the Avenue," a video series of (mostly) in-studio live performances of (mostly) acts that come through Florida. So basically, if your favorite band is coming to town, there's the "Off" chance that they'll be stopping by North Avenue to lay down some tracks. And they do such an impressive job that Consequence of Sound partnered up with them, hosting videos of live sets from Frightened Rabbit, the Joy Formidable, Astronautalis and more than 30 others.

Last year, Off the Avenue released their first-ever comp featuring 14 live tracks from the studio, including national acts like Cursive, El-P and Lucero, as well as noted locals like Roadkill Ghost Choir, Kaleigh Baker and Thomas Wynn and the Believers. Listen below:

But there really is much more to indulge in by watching the videos. They have hundreds of them, and if you visit their site, you can use the friendly word-cloud tag to find either the genre or the band you're looking for quickly. You can also join the more than 5,000 people who subscribe to Off the Avenue on YouTube.

Their most recent session shouldn't be missed - featuring a beloved Tanquerays frequent act, the Groove Orient (album release party April 10 at the Haven or catch them at Earthday Birthday).

They also posted this glorious session with You Blew It! - everyone's new favorite Orlando breakout band - in March:

But these recent posts don't illustrate (yet!) the magnificent reach Off the Avenue's efforts have had. These are three of their most popular/most viewed sessions to date: