Orlando: One of the top 10 vacations for sports fans 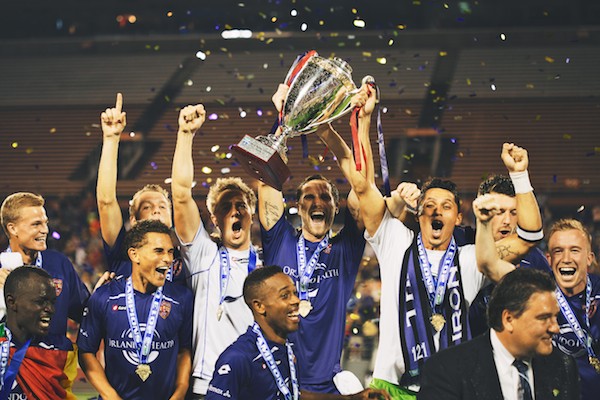 Hey, sports fans! Did you know that one of the best vacations for sports lovers is right in your own backyard? According to CNN, Orlando ranks at No. 8 on the list of America's Best Vacations for Sports Fans. Also included on the list are obvious sports towns Indianapolis, Ind. (Indy racing) and Philadelphia, Pa. (Rocky), among others.

While Orlando's not an obvious vacation choice for sports lovers, CNN's reasons for including Orlando are pretty straightforward, mentioning all of the action at Disney's Wide World of Sports, as well as the Richard Petty Driving Experience. They also gave a shout out to FlyBoard, which is basically a science fiction jet pack on the water for adrenaline junkies. I'll share a video at the bottom of the post, so you can see just how fun it looks.

There's a bunch of sports activities that CNN didn't even touch on, though. We can start with the obvious stuff, like catching an Orlando Magic game at the Amway Center or the various University of Central Florida Knights sports teams. They also forgot the lesser known teams, like the former arena league national champions, the Orlando Predators and the Solar Bears hockey team. One of CNN's biggest oversights was leaving out our Orlando City Lions. In the span of three years, the team was able to score two championships and spawn a rabid set of fans. Last year, the team announced that they would become a MLS franchise in 2015.

Aside from the team sports, I hear Orlando has some pretty decent golfing, including six of Best Public Golf Courses in Florida. And golfing's a sport, right?

Seriously, though. This is real. And it's right down the street. Staycation!