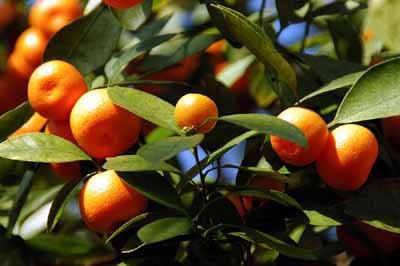 OH, SO THAT WAS THE NIGHT THE LIGHTS WENT OUT IN GEORGIA: “Oh, say did you see ... the flag on fire at the Braves' home opener? If you were at the game Tuesday night, you watched as baseball legend Hank Aaron was honored and the team's latest division banner was unveiled. You might've missed the red glare of a firework bursting in air, burning holes in a nearby American flag at Turner Field. But Midtown resident Julie Paulk didn't. ‘I was just taking pictures,’ Paulk told The Atlanta-Journal-Constitution. Seconds later, she said she couldn't believe her eyes. As fireworks lit up the sky, one headed straight for Old Glory. ‘Oh my God, the flag's on fire,’ Paulk said. Within seconds, the fire was out, thanks to the flag's flame-retardant material, a Braves spokeswoman said.‘We tried pyrotechnics from a new location and one went awry, burning holes in the flag,’ Beth Marshall with the Braves said. ‘The flag was made of flame-retardant material so it didn't catch fire, but did burn holes.’ Yes, the flag was still there.” (via Atlanta Journal Constitution)

IN WHICH OUR COVER STORY ABOUT CHARLENE DILL DYING IN THE MEDICAID GAP WAS KIND OF REWRITTEN, BUT AT LEAST WITH A LINK: "Charlene Dill, a 32-year-old mother of three, collapsed and died on a stranger’s floor at the end of March. She was at an appointment to try to sell a vacuum cleaner, one of the three part-time jobs that she worked to try to make ends meet for her family. Her death was a result of a documented heart condition — and it could have been prevented. Dill was uninsured, and she went years without the care she needed to address her chronic conditions because she couldn’t afford it. Under the health reform law, which seeks to expand coverage to millions of low-income Americans, Dill wasn’t supposed to lack insurance. She was supposed to have access to a public health plan through the law’s expansion of the Medicaid program. But Dill, a Florida resident, is one of the millions of Americans living in a state that has refused to accept Obamacare’s Medicaid expansion after the Supreme Court ruled this provision to be optional. Those low-income people have been left in a coverage gap, making too much income to qualify for a public Medicaid plan but too little income to qualify for the federal subsidies to buy a plan on Obamacare’s private exchanges. Florida has one of the highest uninsurance rates in the nation, and is home to a disproportionately large number of residents who struggle to afford health services. Nonetheless, lawmakers have continued to resist accepting generous federal funds to expand Medicaid to an estimated 750,000 low-income Floridians like Dill.  Although Florida Gov. Rick Scott (R) initially indicated that he was in favor of accepting the funds for expansion, he’s since walked back that position. Meanwhile, Republicans in the legislature don’t even plan to schedule a vote to address Medicaid expansion during their current session, suggesting that the federal government won’t actually come through with the funding to support the policy. Dill made about $9,000 annually by babysitting, cleaning houses, and selling vacuum cleaners. As the Orlando Weekly reports, she was optimistic about her coverage options under President Obama’s administration. She tried to sign up for Obamacare using the online calculator on HealthCare.gov, but quickly found out she fell within the coverage gap." (via Think Progress)

THE ORANGES ARE GREENING, WHICH MEANS WE ARE AN R.E.M. ALBUM: This year's Florida orange crop is approaching the fruit's lowest harvest in decades, and experts say a deadly bacteria that's infecting the trees is to blame. The U.S. Department of Agriculture on Wednesday released its citrus production forecast and the news isn't good. The 2013-2014 orange forecast is 110 million boxes, down 4 percent from last month, and 18 percent less than last season's final production figure. Orange harvesting ends in June, and if the crop doesn't decline further, it will barely exceed the 110.2 million orange boxes harvested in 1989-90 following the worst freeze in Florida citrus history. Andrew Meadows, a spokesman for the Lakeland-based Florida Citrus Mutual, said that citrus greening disease is the reason for the crop decline. ‘We're in the middle of a real battle with citrus greening,’ he said. ‘It's putting stress on our trees.’ The bacteria, which is spread by an insect, causes trees to produce green, disfigured and bitter fruits by altering nutrient flow to the tree, eventually killing it. It threatens Florida's $9 billion citrus industry. Growers and scientists suspect that many of Florida's 69 million citrus trees are infected, with some estimates as high as 75 percent. Greening affects all types of citrus trees, not just oranges. ‘Citrus greening is an existential threat to Florida's signature crop, and today's revised crop estimate is evidence that the situation has reached a crisis point,’ said Florida Commissioner of Agriculture Adam Putnam. (via Tampa Tribune)