YOUR DAILY WEEKLY READER: wars on women, Hispanics and parents 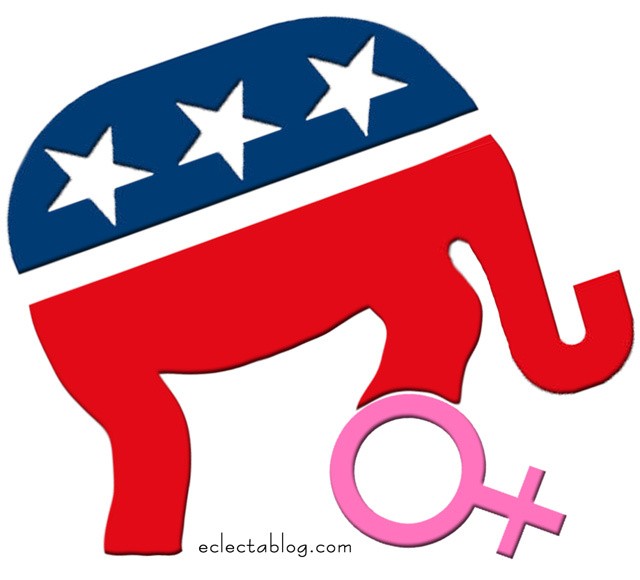 DO THEY EVEN KNOW THAT WOMEN OUTNUMBER MEN IN AMERICA? DO THEY THINK ABOUT THAT? “On Tuesday, during a news conference, House Minority Leader Nancy Pelosi wondered out loud whether Republican senators who had tweeted support for the idea of equal pay for equal work could be counted on to vote for the Paycheck Fairness Act of 2014. On Wednesday, Pelosi got her answer. Despite weeks of heavy messaging, Democrats failed to get a single GOP vote as the third attempt in recent years to pass the wage equality legislation fell six votes short. ‘The promise of equal pay for equal work should not be a partisan issue — it should be a matter of common sense and fairness, an essential step for the security of our families, the growth of our economy, and the strength of our middle class,’ Pelosi (D-Calif.) said in a statement after the vote. ‘Unfortunately, Senate Republicans disagree,’ she added.” (via Washington Post)

COMING OUT OF THE KITCHEN

AW, CHILD LABORERS FOR REPUBLICAN LEGISLATORS ARE ALLOWED TO HEAR ABOUT GUNS BUT NOT ABOUT CONCEPTION AND ABORTION, BECAUSE JUSTICE: “During discussion of controversial issues on abortion and fetuses Wednesday, Republican leaders of Florida's Legislature sent all of the House's teenage pages out of the chamber, and they weren't allowed back in until debate opened on the next issue: guns. The unusual ‘precaution’ was noted by members of the Capitol press corps who attended the House session yesterday. The Legislature is considering a bill that would effectively ban abortions after 20 weeks of pregnancy, as well as a "crimes against the unborn" measure to put stiffer penalties on criminals who assault pregnant women leading to the death of their fetus. The House pages and messengers, who have served the state's legislators since at least 1865, are all students who spend a week running errands for lawmakers and learning the business of state government. But Wednesday they were led off the floor, presumably so they couldn't be tainted by that business of government.” (via Gawker)

HOW TO LOSE ELECTIONS AND ALIENATE PEOPLE: “With three little words, former Florida Gov. Jeb Bush set off a fury this week that served as a potent reminder of how difficult the immigration issue remains for his possible presidential ambitions and the Republican Party. An early GOP establishment favorite, Bush has long urged his fellow Republicans to show more compassion for those who enter the country illegally. But when he described illegal immigration in an interview as an ‘act of love’ by people hoping to provide for their families, the backlash from his own party was swift and stinging. Rep. Raul Labrador of Idaho accused Bush of ‘pandering.’ Sen. Ted Cruz of Texas and House Speaker John Boehner said the country should enforce the ‘rule of law.’ And conservative commentator Michelle Malkin created a new Twitter hashtag: #CancelJebBush. In a speech Thursday night to an annual gathering of Connecticut Republicans, Bush noted the negative response to his remarks but said he sees no conflict between enforcing the law and ‘having some sensitivity to the immigrant experience.’” (via Associated Press)

WELL AT LEAST KIDS ARE GETTING COVERED: “Florida's Republican lawmakers remain staunchly opposed to expanding Medicaid — a system they've repeatedly said is too expensive and doesn't improve health outcomes. Yet Florida's Medicaid rolls are expanding under the Affordable Care Act. That's because people trying to sign up for health insurance under Obama's new health law are finding out — to their surprise — that they qualify for Medicaid, the federal health insurance program for the poor. Some 245,000 Floridians were added to the Medicaid rolls between October and the end of February. That's a more than 8 percent increase. The Sunshine State is one of ten states that accounted for more than 80 percent of the 3 million new Medicaid enrollees under the Affordable Care Act, according to Avalere Health, a market research and consulting firm. But Florida was the only state of the ten, which include California, Oregon and Washington, that didn't expand Medicaid. Florida's newest enrollees include more than 51,000 children, according to health advocacy group Florida CHAIN. As parents began applying for their own health coverage under the Affordable Care Act, they discovered that their children were eligible for Medicaid or the Children's Health Insurance Program (CHIP). Many weren't enrolled. ‘It has been an eye opening experience to learn how many families were not aware that their children could be covered for health care and heart-warming to give them the good news. I see immediate relief and gratitude in their eyes and words,’ said Lynne Thorp, an enrollment counselor in Fort Myers.” (via Tampa Tribune)

I BELIEVE THE CHILDREN ARE OUR FUTURE, OR SOMETHING