In honor of the Solar Bears, tomorrow is purple day! 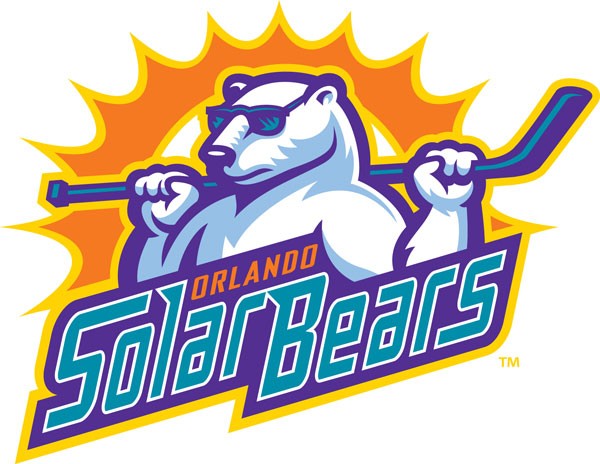 Just in case you missed it, the Orlando Solar Bears have made it to the ECHL Kelly Cup playoffs. Tomorrow, the Solar Bears play their first game against the Cincinnati Cyclones at the Amway Center. In  support of our hometown hockey team, Orlando Mayor Buddy Dyer has proclaimed April 17 "Solar Bears Purple Day." Ever the Orlando team supporters, the Lake Eola fountain, Tower of Light at City Hall and Amway Center Spire will be awash in purple in honor of the Solar Bears.

You can show your support by wearing your best purple get up tomorrow. Let's go, Solar Bears!

WHEREAS, the Orlando Solar Bears are Orlando’s hometown ECHL team; and

WHEREAS, the organization plays its home games in Downtown Orlando at the Amway Center; and

WHEREAS,   the Solar Bears will face the Cincinnati Cyclones in the Eastern Conference Kelly Cup quarterfinals; and

WHEREAS,   the City of Orlando supports the Solar Bears during their playoff run and encourages all citizens of Orlando to demonstrate their support of the Orlando Solar Bears by wearing purple on Thursday, April 17;

NOW, THEREFORE, I, BUDDY DYER, Mayor of the City of Orlando, hereby do proclaim Thursday, April 17, 2014 as