Sean Hannity did not give me a wedgie, reveals liberal stooge 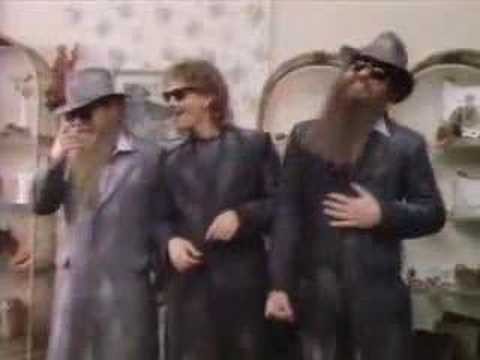 Kohn: If you don't have anything nice to say, send her an Easter card.

This week, progressive commentator Sally Kohn wrote an op-ed for The Christian Science Monitor in which she sought to dispel alleged liberal stereotypes about the FOX News crowd. In the essay, an expansion of a TED Talk she had given last year, Kohn divulged that her stint as a progressive contributor to FOX had been exceedingly, surprisingly pleasant.

“My time at Fox News was marked by meeting and working with some of the kindest, smartest, and most talented people I've had the pleasure of meeting in life,” Kohn wrote. In particular, she singled out the channel’s Sean Hannity – who, she said, “is one of the sweetest people you'll ever meet,” and who “remains a good friend and mentor” to Kohn, even though she has now moved on to CNN.

Basically, the crux of Kohn’s argument – as advanced in both the op-ed and her TED Talk – is that we liberals create problems for ourselves by demonizing those on the right instead of giving them a chance to prove what kind, well-meaning souls they generally are. If we only gave them that fair hearing, she extrapolates, we’d have a better shot of convincing them of the correctness of our pet causes. Because they really are willing to listen, as long as we promise not to shout or say mean things.

Now, I know I have to be careful in how I respond to that anecdotally based argument, since it might sound as if I’m simply dismissing Kohn as an idiot who doesn’t understand her own experience. So let me be clear: Kohn is an idiot who doesn’t understand her own experience. She’s blissfully unaware of any potential dichotomy between the chummy talk she enjoyed around the water cooler and the pure, undiluted hate her conservative pals went on to spew in front of the cameras moments later – often with her sitting right there.

Hannity (right) and his staff celebrate another successful hookup.

Or is she? At the outset of her TED Talk, Kohn acknowledges that her compatriots at FOX were “people who literally want to obliterate everything I believe in -- in some cases, who don't want me and people like me to even exist.” Yet they’re also, she divulges, some of the best friends she has made in the biz (Kohn has appeared on MSNBC as well as FOX and CNN); apparently, to her, Hannity’s kindly interest in setting up his staff on blind dates (!) mitigates everything he does on the air all week and all year long to encourage the social genocide that, Kohn herself admits, is the dark undercurrent of the FOX ideology. What does it matter how much gay- and Muslim-bashing Hannity might engage in before millions of viewers, when behind the scenes, he’s acting like ZZ Top in their classic videos, devoting his mighty energies to the noble cause of getting others laid?

Those are some pretty low standards, all right. Worse, Kohn uses them as an excuse to further one of the most noxious fictions in all political discourse: DEEP DOWN, WE ALL WANT THE SAME THINGS. No, Ms. Kohn, we don’t all want the same things, and therein lies the struggle. Liberals do not “literally want to obliterate everything [conservatives] believe in,” nor do we, “in some cases, [not] want [Hannity] and people like [him] to even exist.” What we want is to minimize the damage from their reductive, repressive worldview. And you ain’t helping by trying to shame us into considering your industry poker pals “good people” just because they sometimes managed to bite back their contempt for you until you were out of earshot.

Look at the laundry list of “common ground” problems Kohn thinks liberals and conservatives are equally concerned with, differing only when it comes to the desired solutions. “Struggling public schools”? To Roger Ailes and his minions, the problem isn’t that public schools are struggling: It’s that they exist in the first place, obstructing the dream of a wholly for-profit education system engineered to serve the corporate interest. “Higher taxes”? Some of us happen to think the country is going to hell in a handbasket because taxes are at historic and unsustainable lows.

“Most people just want a better life for themselves and their kids,” Kohn writes, utterly ignoring the key question at the heart of that assertion: better than what? For liberals, the answer is “better than we ourselves had yesterday.” For the embittered, flailing remnants of the conservative movement, the answer is “better than the life led by people who aren’t like us, especially if their skin is dark and they do icky stuff with their sex organs.”

O'Reilly, just a few years out of charm school.

But none of this matters, see, because Bill O’Reilly doesn’t yell at everybody in the hallways the way he does when the camera is rolling. Or, more to the point, he didn’t yell at Sally Kohn, which clearly is all that really matters to her. That isn’t civility – it’s selfishness.

A while ago, I made the personal choice that I wasn’t going to sugarcoat my views or blunt the things I really do know in order to be seen as a nice guy. The way I look at it, a truth presented plainly and forcefully enough to make an impression might initially inspire offense – but later, when the sting of the conflict itself has worn off, the brand of the facts will remain. If you could live in a world where everybody had quality healthcare but everyone except your loved ones considered you a dick, wouldn’t you take it?

Obviously, that sort of tradeoff is anathema to Go-Along-To-Get-Along Sally and her narcissistic ilk, whose self-image depends on the idea that you can get the most flies with honey. But I’ve been in this forest long enough to know that it mostly just makes you a sitting duck for the bears.

Days without a response from the publication that plagiarized from me and won’t come clean: 303.