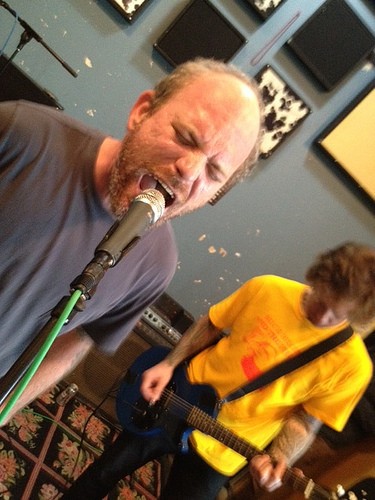 It should surprise exactly no one that if DIY-focused Total Punk dude Rich Evans decides to go on the radio with his Orlando band Golden Pelicans, it's gonna be on WFMU-FM, the country's oldest freeform radio station (no commercials, listener-supported/loved). That's what happened on a couple weeks ago when the band performed live on "The Cherry Blossom Clinic with Terry T" (April 12).

They joined New Orleans garage-psych-rockers Bipolaroid for the session and performed eight songs before stopping for a somewhat awkward chat with Terry T who calls our guys "blistering" and "young"(?). "Disney's not in Orlando, thank you very much," Evans corrects Terry T who asks the band about our hometown. He suggests Wally's instead, for the theme-park crowd ... naturally.

Golden Pelicans return tomorrow from their tour (that also included a stopover at the Rock & Roll Hall of Fame, just fer fun). You can catch them at Peacock for $3 starting at 9 p.m. Tuesday, April 22. (RSVP)