Was Disney's dream for Celebration too creepy to succeed? 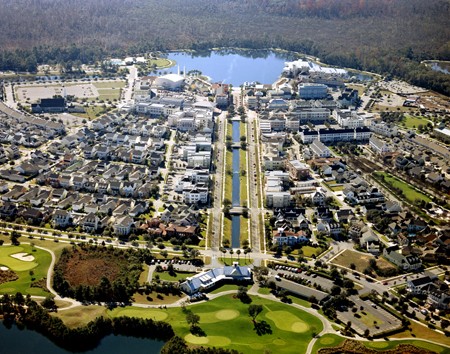 Yesterday, Gizmodo posted an intriguing think piece on the forced utopia that Disney created in Orlando outlying community, Celebration. For those who have never thought twice about the planned community (or have intentionally avoided thinking about it ever), it's an excellent summary of what Disney hoped the community could be: A throwback to idyllic small towns, where wealthy and moderately wealthy live side by side in carefully designed homes meant to evoke nostalgia for some of the U.S.'s best-loved homes and buildings. But most area residents know that instead Celebration morphed into a predominantly white community plagued by socioeconomic segregation and shoddy construction.

What the article's author wonders, though, is if the stigma attached to planned communities is the reason why they ultimately fail to achieve their best-laid (and in this case, overly-Disney-designed) plans? That we as a people find planned communities to be inherently creepy and shun them, in favor of authentic neighborhoods (like the kind we focus on in our Annual Manual).

We at Orlando Weekly spend a decent chunk of time each year remembering what we love most about Orlando's best neighborhoods, and we didn't find ourselves discussing Disneyesque details so much as the shops, bars, restaurants and general community fixings that attracts us to places like College Park, Audubon Park, SODO, Winter Park and others. Each week, we'll roll out a different gallery that illustrates the organic reasons areas (like the Milk District) capture the hearts of residents in ways that even the most creative imagineers of Disney simply can't plan on paper.

In the Gizmodo piece, the designer responsible for Celebration's signage Michael Bierut is quoted defending Celebration:

"... Authenticity is a slippery thing. I live in a 1909 house that the realtor said was Victorian but I'd more accurately call Craftsman Style. Far from "authentic," to me it looks like it was built by someone who had seen some pictures of Greene and Greene houses and thought one might look good in Westchester County. It's surrounded by equally inauthentic hundred-year-old houses, all of which look swell today because they're so old. New Urbanists often say that nostalgia is the Trojan Horse in which they deliver their radical planning ideas: small lots, mixed use, limited parking. Jacque Robertson once said in Celebration's early days, "This will look great when all these trees grow in." I suspect he's right."

What is that saying about not seeing the forest for the trees?