Out liars: Bundy and Sterling offer a peek beneath the hood

April 28, 2014 at 6:07 PM
comment
So now we know: Nobody’s a racist in America anymore, except for the 10 million and four rotten apples in the barrel. 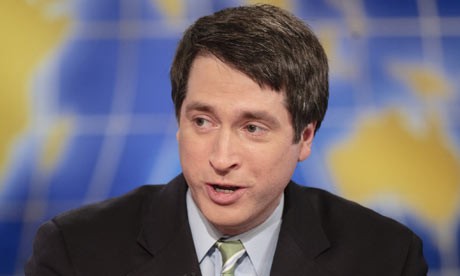 Lowry: Knows when you are sleeping, and how you really feel about the Wayanses.

The not-so-shocking confirmation that Cliven Bundy and Don Sterling are hardcore bigots has conservatives scurrying to downplay the significance of both stories. On Sunday’s Meet the Press, The National Review’s Rich Lowry declared that Bundy and Sterling are both “outliers” whose repugnant attitudes are in no way typical of the way most people feel as this country sprints ever more swiftly  toward postracialism. None of the show’s other panelists asked Lowry to produce statistics or studies that would reinforce that bold, even reckless claim. And even the far milder pushback he did encounter made him quickly demur that what’s important isn’t the prejudice of any one individual, but the concrete, out-in-the-open policies we can all embrace to help make the nation colorblind. Like continuing to gut affirmative action.

Of course, affirmative action is necessary precisely because we can’t know the contents of every specific heart, and have to account for antipathies that are only hinted at in polite discourse. In the era of social media, though, the discourse is less polite and the “hints” more like haymakers. For example, I spent close to two years reading articles about the George Zimmerman situation – including the reader comments, which is where the case was really tried. Not once did I see anyone suggest that Zimmerman had murdered Trayvon Martin because, as a white Hispanic, he was naturally predisposed to do so. I only saw assertions that Zimmerman’s actions and associations had revealed him as a racist (which, given the evidence, wasn’t an entirely unsupportable idea). Yet you couldn’t read a Zimmy-related article without coming across two or three declarations that Trayvon must have been the aggressor simply because that’s how black teenagers behave. On the aptly named Yahoo! News, pro-prosecution sentiments, no matter how politely expressed, were routinely voted down (i.e., hidden), leaving all manner of vituperative Afro-baiting in place as the “approved” narrative. White racism on the decline? Maybe on Instagram. 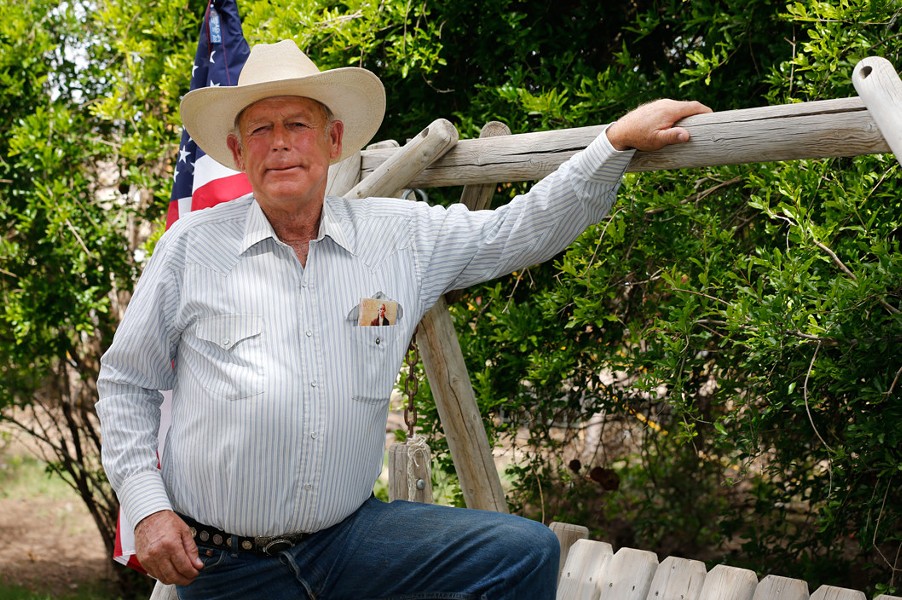 Bundy: A few heifers short of a herd.

Are Cliven Bundy and Don Sterling outliers? They certainly don’t seem to think so. Confronted on CNN with the news that his heretofore champion, Sean Hannity, had disowned him, Bundy protested that he remained “right on” with the FOX host, philosophically speaking. It’s the truest thing he’s said so far. Hannity hadn’t swum away from Bundy because of any great disparity in attitudes between the two men, but merely because Bundy had given their game away. He had blown the dog whistle too loudly and too clearly. He hadn’t just decried the supposed lack of a work ethic in the “inner cities”; he had proclaimed that America’s blacks have bugger-all to do now that they’ve stopped learning to pick cotton. While policymakers on the right try to send the country hurtling back toward the 19th century, Bundy has a head start on all of them: He simply never left it.

"Well I'll be damned! They all looked whiter under those glasses."

It’s likewise tempting to dismiss Sterling as a relic of an earlier, less enlightened time. Heck, his very name is a mashup of two Mad Men characters. But mostly, his caught-on-tape tirade has revealed him as a sort of Bizarro-world counterpart to Lowry. He, too, professes to know what’s in everyone’s heart; he’s just sure it’s the same toxic sludge that’s clogging up his.

It's the world! You go to Israel, the blacks are just treated like dogs

It isn't a question—we don't evaluate what's right and wrong, we live in a society. We live in a culture. We have to live within that culture.

It’s a common tactic of conservatives, who routinely charge that anyone who doesn’t admit to sharing their worst prejudices is being either disingenuous or just naïve. Remember the confident predictions that Latinos and Jews wouldn’t vote for Barack Obama in the required numbers, because all of those groups purportedly hated each other too much? At the same time, while the candidate was floating some of the reforms he might want to pursue as President, he and his supporters were being castigated as “utopianists” who didn’t understand how rotten the world would, for some reason, have to remain. This from the same bunch who like to fantasize that we now live in a Roddenberry-esque paradise in which racism is over, dead, finito. Then again, that’s mostly how they talk when they know they’re being recorded.

All of this leaves the right with a serious messaging problem, at least as far as consistency goes. Nobody’s a racist anymore, except that everybody is, so can we please change the subject?

Sure thing, fellas. Anything you want. How about we talk about equal pay for women for a while? I’ll even give you a head start, so you can try to find a third side of your mouth.

Days without a response from the publication that plagiarized from me and won’t come clean: 312.