FROM THE PAGES OF ORLANDO WEEKLY ON WMFE: Billy Manes on Teresa Jacobs and Linda Chapin and the gays 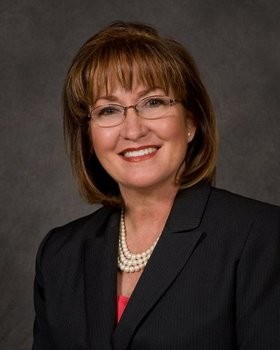 Because we talk too fast, and because we believe in public radio but don't have enough time on it, here is a transcript of this morning's WMFE bit about Linda Chapin backing Teresa Jacobs regardless of logic and reason. You can read the full story here. And you can go to WMFE to listen here. Or just listen and read along below. Pretend there's a magic dot.

That foul stench that has been emanating from the Orange County Board of County Commissioners for the past few months over Commissioner Fred Brummer’s term-limited farewell isn’t the only odor going around. Though a public hearing on Brummer’s bizarre, democracy-doubting initiatives looms on May 6, Mayor Teresa Jacobs’ machine has been in working overtime in an apparent bid to rewrite Jacobs’ clumsy wrongs. And some of that revisionism is coming from unexpected sources.

Former Orange County Mayor Linda Chapin has been fundraising for Jacobs, both publicly and privately. In her letters to Democrats, Chapin, a Democrat, has been peddling Jacobs’ ethics policies and her support of the countywide domestic partnership registry. The trouble is that Jacobs hasn’t been ethical – she is at the center of the textgate scandal that eventually cost county officials civil fines for breaking the law. Nor is she in support of gay rights – she supported the state’s gay marriage ban in 2008, and played obstructionist on the DPR for more than a year before finally relenting.

People like Chapin like to call Jacobs’ position on gay rights “evolved,” notably because she recently lost a gay member of her staff and, so, had pride of place at last year’s Pride parade. But people who really know what happened in both textgate and in the DPR fight aren’t buying it, despite the efforts of Chapin, who, you should know, sits on the performing arts center board that is sucking at the county’s teat for millions in taxdollars. This is small town politics at its worst. The stench is real.