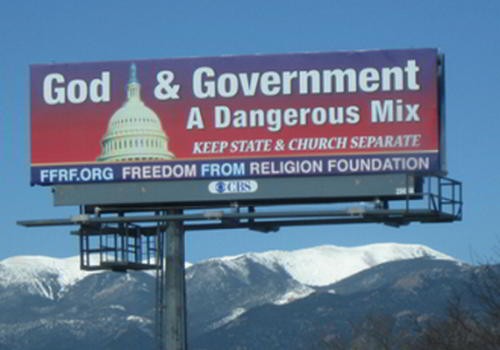 IN WHICH HOUSE SPEAKER BEAUHUNK WILL WEATHERFORD PLAYS LAPDOG TO SERIAL “HELP”-ER GOV. RICK SCOTT: “When the 2014 legislative session began, Senate and House leaders focused on a five-point "work plan." Cut taxes. Support the troops. Make government more efficient. Improve schools. Protect the vulnerable. But House Speaker Will Weatherford, R-Wesley Chapel, and Senate President Don Gaetz, R-Niceville, left off the most obvious priority: protect Gov. Rick Scott, who faces a tough re-election fight.  It was part of the plan all along. A defeat in November would be a shattering blow to Florida Republicans. When the session ended late Friday, legislative leaders shamelessly celebrated their success at bolstering Scott's prospects as they put a punctuation mark on an election-year session that lays the groundwork for the forthcoming campaign. "Everything he wanted going into this session, he got," Weatherford said. "I have every reason to believe this will jump-start him into the election cycle. It's going to be a really successful year for him going forward." Scott plans a weeklong "help is on the way" tour of eight media markets, a victory lap to underscore the tax cut package. He'll be in Tampa on Tuesday. The governor's abbreviated session agenda was designed to attract maximum popular appeal: a $400 million rollback of auto tag fees, more money for education and a freeze on college tuition.” (via Tampa Bay Times)

BIG ENERGY CONTINUES TO BELIEVE THAT THE SKY ISN’T FALLING, NOW WITH HELP FROM ALEC: “The central pillar of Barack Obama's climate change agenda has come under a new line of co-ordinated attack from influential lobbying networks involving Republican politicians and big business. The Guardian has learned that the American Legislative Exchange Council (Alec), a free market group of state legislators funded in part by coal and oil companies such as Peabody Energy and Koch Industries, launched a much broader style of campaigning in 2014 to block the Environmental Protection Agency (EPA) from cutting greenhouse gas emissions from power plants. Documents obtained by the Guardian offer a rare glimpse into the inner workings of Alec as the organisation tried to drum up opposition from coal, oil and electricity industry groups and state officials. The documents showed Alec adopting a new tactic of encouraging state attorney generals to bring lawsuits against the new EPA regulations – and so sink the emissions controls before they come into effect. Alec also encouraged legislators to lobby attorney generals and governors in other states on the EPA rules, the documents showed. Meanwhile, Alec legislators introduced about a dozen anti-EPA bills in states including Arizona, Florida, Ohio and Virginia.” (via the Guardian)

MEANWHILE, THAT GREYHOUND YOU’RE DRINKING FOR BREAKFAST COULD BECOME HARDER TO COME BY: “In the nearly 100 years that Rusty Banack’s family has been growing Florida’s world-famous grapefruit, the industry has lurched from years of bumper crops to the devastation of tree-toppling hurricanes. But nothing compares to the current steep decline of the business, despite the state’s standing as the world’s biggest grapefruit producer. Florida produced nearly 41 million boxes of grapefruit a decade ago; this year it is expected to produce 16 million. Some growers have shut down, but the long-timers who remain, like Mr. Banack, have dug in, plunging millions of dollars into the land in an all-out bid to save one of the state’s emblematic citrus crops. The past decade has been particularly treacherous as the salt-kissed soil of the Indian River Citrus District, known for its succulent grapefruit, has absorbed one wallop after another. First there was the relentless spread of canker, which badly damages grapefruit, and back-to-back powerful hurricanes. Next were studies highlighting the problematic effects of grapefruit on certain medicines and the maw of urban development, which gobbled up countless groves. Now, grapefruit trees are facing another formidable foe: citrus greening, a bacterial disease with no cure that is devastating trees across the state.” (via New York Times)

IN CASE YOU WERE WONDERING, THERE REALLY IS NO SUCH THING AS SEPARATION OF CHURCH AND STATE: “The Supreme Court on Monday ruled that a town in upstate New York may begin its public meetings with a prayer from a “chaplain of the month.” Justice Anthony M. Kennedy, writing for the majority in the 5-to-4 decision, said “ceremonial prayer is but a recognition that, since this nation was founded and until the present day, many Americans deem that their own existence must be understood by precepts far beyond that authority of government to alter or define.” In dissent, Justice Elena Kagan said the town’s practices could not be reconciled “with the First Amendment’s promise that every citizen, irrespective of her religion, owns an equal share of her government.” Town officials said that members of all faiths, and atheists, were welcome to give the opening prayer. In practice, the federal appeals court in New York said, almost all of the chaplains were Christian. Two town residents sued, saying the prayers ran afoul of the First Amendment’s prohibition of government establishment of religion. In 1983, in Marsh v. Chambers, the Supreme Court upheld the Nebraska Legislature’s practice of opening its legislative sessions with an invocation from a paid Presbyterian minister, saying that such ceremonies were “deeply embedded in the history and tradition of this country.” The plaintiffs in the case from Greece, New York, said their case was different. The prayers at the town board meetings were often explicitly sectarian, they said, and residents of the town, outside of Rochester, were forced to listen to them in order to participate in local government.” (via New York Times)