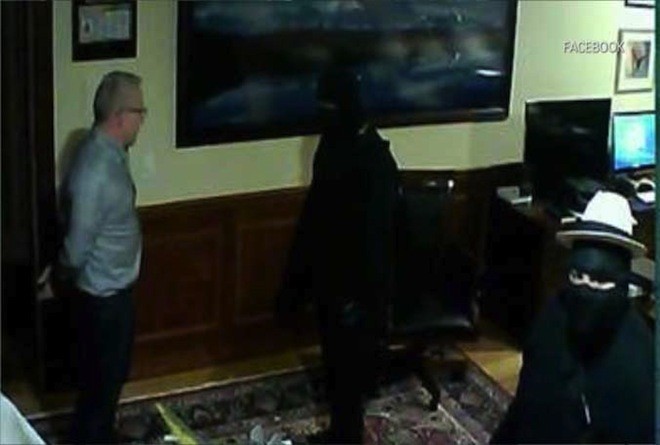 "They were quite threatening," Bill Kitchen said of his shinobi looters. Photo via Facebook/News13.

As you can see in this still from Bill Kitchen's home surveillance system, at least one of the ninjas who invaded his residence April 30 put style ahead of function with a jaunty little white fedora. Kitchen and his partner arrived at their Lake Butler Drive home last Wednesday to find three masked figures looting wares. The criminals tied the pair up before absconding with a few valuables, some cash, and a car (the car has since been returned).

Authorities believe this invasion may be related to similar crimes that occurred down in Naples earlier this year. A press conference concerning the Windermere ninjas is scheduled for 6 p.m. today; hopefully then we can learn more about what factors might compel a ninja to wear a hat, why a group of ninjas (who we all know possess mystical powers) would need a car, and what ninjas are doing in Florida in the first place.