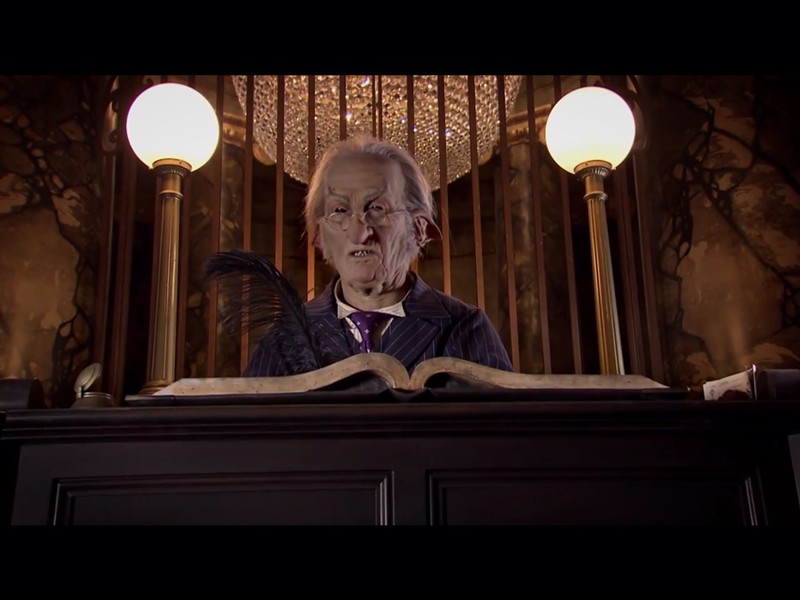 An animatronic Gringotts goblin from Universal Orlando's upcoming Wizarding World of Harry Potter: Diagon Alley (image courtesy Universal) We are now likely only weeks away from the first guests getting a "soft opening" preview of Diagon Alley and Universal Orlando's newly expanded Wizarding World of Harry Potter, which means that details from inside the attractions are starting to slip out. Today, Universal released this short video featuring the stunning animatronic Gringotts goblins visitors will see inside the queue leading to the land's signature roller-coaster: [youtube 1tz4xNRRR4M] For further glimpses into the upcoming expansion, tune into the Today show starting May 13. Between 7am and 9am "clues" will be broadcast for entering a sweepstakes that will send 25 families to the Diagon Alley grand opening next month. Al Roker recently shot footage inside the new area to promote the contest, the first of which features an alternate angle on the animatronic Gringotts goblins: