New Universal Orlando Blog to announce Gringotts details on May 13 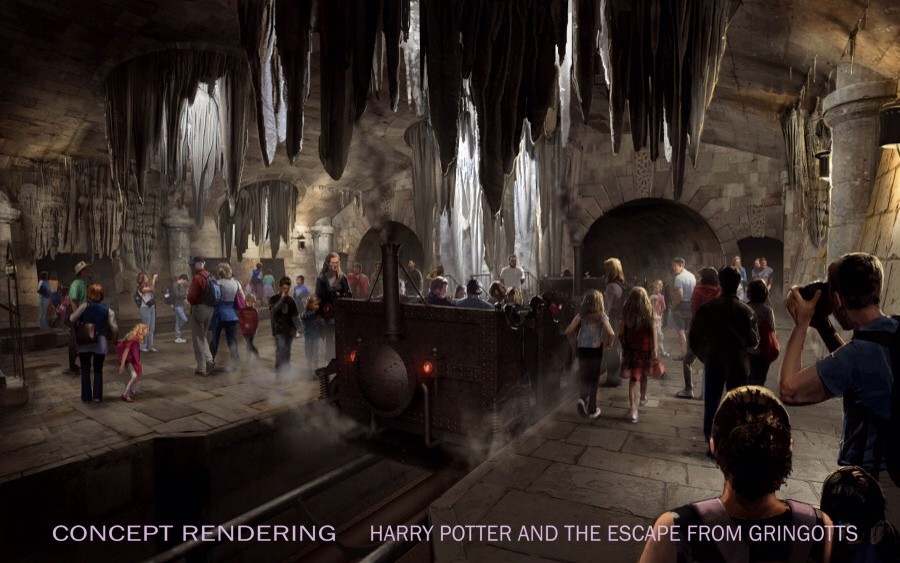 The secrets inside Universal's Wizarding World of Harry Potter expansion are starting to slip out between the enchanted bricks at the entrance to Diagon Alley. Yesterday, we saw the first photos and videos of the animatronic goblins that will populate the queue line leading to Harry Potter and the Escape from Gringotts, the expansion's anticipated "multi-dimensional" roller-coaster. Today, the new official Universal Orlando Blog announced an announcement, revealing Tuesday, May 13 as their date to reveal even more Gringotts details.

As a teaser, Universal has published this teaser video hinting at some of what you'll see inside the attraction, and also released the above concept image of the loading area.

Some of the previously-rumored information that may be confirmed on Tuesday:

One piece of information that is still conspicuously unannounced is the expansion's official opening date, though recent statements by the CEOs of Comcast and Loews indicate a mid-late June debut.