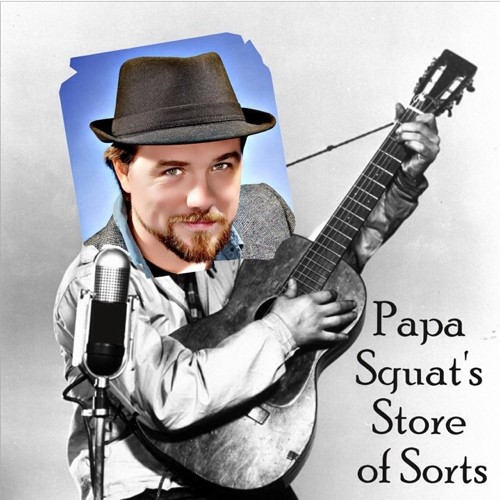 In Papa Squat's Store of Sorts, singing storyteller Paul Stickland returns to Big Fib Trailer Park Cul de Sac -- his white-trash Lake Wobegon that was the scene of last year's Ain't True and Uncle False -- with another evening of strumming, soliloquizing, and slyly insightful silliness. True and False (with their memorably drawn redneck drawls) return in this semi-prequel, but you don't need to remember Strickland's previous show to appreciate references to Big Fib's famous pea-punching plant (that's how they make them black eyed).

The protagonist this time is Papa Squat, an ex-carny shopkeep with a fortune-telling kneecap and a knack for penning prophetic songs. His romance with Rue Morazit, and the mystery of why he abandoned her, forms the backbone of this funny yet heartfelt one-man ensemble piece. Strickland has a gift for cockeyed poetry, and the foot-stomping backwoods blues songs he intersperses through the story are strong enough to stand on their own.

There are big laughs here that walk the fine line between mocking the quirky inhabitants of Big Fib, and embracing the endearingly off-kilter way they look at the world. But the real draw here is the depth of feeling Strickland invests in his characters, conjuring moving imagery like an elderly couple still mailing letters to each other. Our hour with Papa Squat flies by too fast, and too soon he receded into the distance -- guitar over his shoulder, and guitar case in hand -- leaving me wanting more time with his tales.